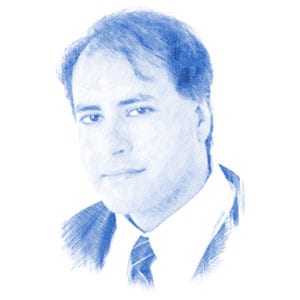 The main point made by some of these websites is that the jihadis are hypocrites for (again) violating Islamic law, which bans the eating of domesticated donkeys. In the words of a fatwa, or Islamic decree, titled “Is it permissible to eat donkey meat?”

Praise be to Allaah.

It is permissible to eat the meat of onagers (“wild donkeys”) and it is haraam [forbidden] to eat the meat of domesticated donkeys. The first is permitted because of the report narrated by al-Bukhaari (5492) and Muslim (1196) from Abu Qataadah (may Allaah be pleased with him) who hunted an onager and brought a piece of it to the Prophet (peace and blessings of Allaah be upon him) and he ate some of it, and he said to his companions: “It is halaal [permissible], eat it.”

With regard to domesticated donkeys, their meat was permitted at first, then the Prophet (peace and blessings of Allaah be upon him) declared it to be haraam [forbidden] on the day of Khaybar.

Questions of wild or domesticated aside—and the donkeys do appear to be domesticated—this is yet another example of the fact that, for those waging jihad to empower Allah’s word, dispensations are always available.

As discussed here, it is precisely because the strictures of Islamic law are relaxed for the jihadi—often permitting the indulgence of depraved behavior—that the jihad has always been an appealing option.

While killing animals for consumption is commonplace, what is notable about these videos is the “supremacist” demeanor of the jihadis towards the donkeys—as if the animals are also “infidels” to be treated with contempt and brutality.

In one video, “Allahu Akbar!” is heard while a donkey is being decapitated.

But why say it while slaughtering a donkey—an animal—for consumption?

In another video, the animals are very inhumanely treated—sadistically dumped out of a truck, then struck on the head with a club, followed by decapitation—all to background laughter and snickers (reminiscent of yet another video of a donkey being set on fire, apparently “for laughs,” in some Arab nation, possibly Algeria.) Again, why is the act of slaughtering an animal for consumption videotaped and disseminated on the Internet in the first place—and sensationalized as if it were an infidel enemy, not a dumb animal, that was being “overcome”?

Upon further reflection, one begins to realize that the jihadis are not treating the donkeys like infidels, but rather that, because non-Muslims are often seen as subhuman on a par with animals—Islam’s prophet reportedly said that women are like horses, “for all are ridden”—it is the infidels who are being treated as animals.

As for the sadistic abuse of animals—full of supremacism and power displays—that’s apparently standard, as suggested by this December 2013 report:

Shocking footage of cattle exported from Australia being tortured and killed in the streets of Gaza is being described by an Australian animal rights group as the worst animal cruelty case it has ever seen in the live export industry, The West Australian news reported Thursday.  Footage compiled by Animals Australia shows bulls being “knee-capped by a man armed with an assault rifle, another stabbed in the eye and other[s] having their throats hacked open in the streets.”… “So acceptable is this brutal treatment to locals that they are cheering and filming the spectacle on mobile phones,” Animals Australia campaign director Lyn White said (emphasis added).