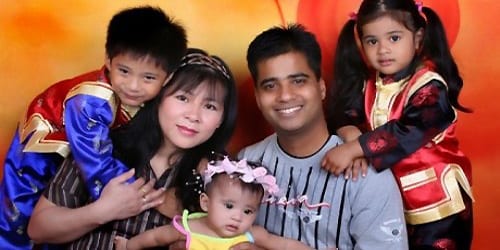 “Okay, you Muslims, use violence, but we will continue to make films. One day, one of us will lose.” — Imran Firasat.

Firasat argued that the expression of his views about Islam fall within the constitutional rights of free speech.

Two dissenting judges signed a statement in which they ask whether the source of the danger to national security is in the actions of Firasat or in the reactions of Islamic fundamentalists.

The Spanish Supreme Court has ruled that a political refugee should be deported because his criticism of Islam poses “a danger to the security of Spain.”

The May 30 ruling, which upholds an earlier decision by a lower court to revoke the refugee status of a Pakistani ex-Muslim named Imran Firasat, showcases how the fear of Muslim rage continues to threaten the exercise of free speech in Europe.

Firasat obtained political asylum in Spain in October 2006 because of death threats against him in both Pakistan and Indonesia for leaving the Islamic faith and marrying a non-Muslim.

Spanish authorities, however, took measures to deport Firasat in December 2012, after he released a one-hour amateur film entitled, “The Innocent Prophet: The Life of Mohammed from a Different Point of View.” The movie, which was posted on YouTube, purports to raise awareness of the dangers of Islam to Western Civilization.

The film shows images of the Muslim terrorist attacks on the World Trade Center in New York, on double-decker buses in London and on commuter trains in Madrid. The movie, which features many passages from the Koran that threaten violence against non-Muslims, promises to answer the question: “Was Mohammed an inspired prophet of God, or was he a madman driven by his own demons, thus producing a religion of violence and tyranny?”

Firasat, who runs a website called MundoSinIslam.com (A World Without Islam), says he was inspired by another amateur film, “The Innocence of Muslims,” which portrayed the Islamic Prophet Mohammed as a womanizer and a pedophile. Released in September 2012, the movie triggered a wave of riots across Europe and the Middle East that resulted in the deaths of more than 30 people.

At the time, the Obama Administration falsely alleged that the film was responsible for the death of the American ambassador to Libya, Christopher Stevens, and three others in Benghazi, Libya.

“When I heard that the U.S. ambassador was slain,” Firasat told the Belgian newspaper De Morgen in December 2012. “I said okay, you Muslims, use violence, but we will continue to make films. One day one of us will lose.”

A Foreign Ministry document, dated November 27, 2012, stated that “the consequences of the release of a video with such [anti-Islamic] characteristics are highly worrisome and constitute a real risk for Spanish interests because the author of the video identifies himself as a ‘Spanish citizen.'”

The document added that Firasat’s actions, including his threats to burn the Koran, were “destabilizing” and “heightened the risk of attacks against Spanish interests abroad, especially in the current context of the extreme sensitivity and indignation in the Muslim world.”

Fernández issued an order on December 21, 2012 to deport Firasat based on Article 44 of the Law on Asylum and Protection, which allows the state to revoke the refugee status of “persons who constitute a threat to Spanish security.” The deportation order stated that Firasat constituted a “persistent source of problems due to his constant threats against the Koran and Islam in general.”

Firasat appealed the deportation order at the National Court [Audiencia Nacional], arguing that the expression of his views about Islam fall within the constitutional right to free speech.

“The right to the freedom of expression can be subject to certain formalities, conditions, restrictions or sanctions, which constitute necessary measures, in a democratic society, to preserve national security, public security and the constitutional order.”

Now the Supreme Court has not only confirmed the National Court’s ruling, but it has gone one step farther. Its ruling states:

“The right to the freedom of expression does not guarantee the right to intolerant manifestations or expressions that infringe against religious freedom, that have the character of blasphemy or that seek to offend religious convictions and do not contribute to the public debate.”

This paragraph is strangely similar to an international blasphemy law being promoted by the Organization of Islamic Cooperation, a bloc of 57 Muslim countries dedicated to implementing a worldwide ban on “negative stereotyping of Islam.”

Warning of potential trouble ahead for the exercise of free speech in Spain, two judges—Manuel Campos and Isabella Perelló—dissented from the majority opinion. They signed a statement in which they ask whether the source of the danger to national security is in the actions of Firasat, or in the reactions of Islamic fundamentalists. They write:

“The pernicious effects against national security do not strictly derive from the conduct of the refugee, but rather from the violent reactions of third persons.”

Although Firasat can now be deported, the court says he and his family will not be delivered “to a country where there is danger to life or freedom.” It remains unclear whether Firasat will appeal the Spanish high court ruling at the European Court of Human Rights (ECHR). The Strasbourg-based ECHR enforces the European Convention on Human Rights and its jurisdiction is compulsory and binding for all 47 member states of the Council of Europe.

In a December 2012 interview with the online newspaper International Business Times [IBT], Firasat said he has received far more threats from the Spanish government than from angry Muslims. He said:

“Seven years ago I was granted refugee status in Spain for the reason that I used to criticize Islam. Since then I have taken the fight against Islam very far. And my right to freedom of expression was always respected by this great country. But now suddenly for doing the same thing which I have been doing for the last seven years, I have been threatened by the authorities [and told] that my refugee status will be revoked. I will be deported back to Pakistan where the death penalty for blasphemy is waiting for me.”

IBT asked Firasat: “What made the Spanish authorities ‘suddenly threaten’ you? What could be the reason?” Firasat responded:

“That’s a very funny, interesting and surprising question even for me. Why now? I was granted asylum because of my criticisms of Islam. I have formally asked the Spanish government for the prohibition of Koran in Spain. I have given thousands of interviews to radio and TV channels. I wrote articles in newspapers. But I was never told by anyone that what I am doing is illegal. Now suddenly they try to revoke my refugee status, detain me and prosecute me for offending Muslims’ religious sentiments. Why? There may be two reasons: Fear of violence by Muslims abroad and in Spain, and conflicts in diplomatic relations with Islamic countries which are investing in Spain… This is not the Spain where I arrived seven years ago and where there was complete liberty of expression.”

Some free speech activists say that Firasat is himself guilty of seeking to restrict free speech. In March 2012, Firasat filed a 10-point petition with the Spanish government asking that it ban the Koran in Spain.

In an interview with the Spanish business newspaper La Gaceta (no longer online), Firasat explained why he submitted the petition:

“There are hundreds of verses in the Koran that encourage believers to kill, hate, discriminate, exact revenge and torture women. A book that promotes violence should not be circulating in a free and democratic society. In the last 10 years, all terrorist attacks have been promoted by Islamic jihad as contained in the Koran.

“Over 100 places in the Koran mention the phrases such as ‘go to war’ or ‘kill all the infidels until everyone is submitted to Allah.’ And the Koran requires Muslims to continue to fight jihad until it has captured the Western world, its freedoms and its religion at any cost.

“I formally asked the government of Spain to ban the Koran in Spain. It is a book that cannot exist in our free society. There are millions of Muslims who follow the book, but we cannot allow millions of other people who want to live in peace and in freedom and enjoy human rights to suffer and die. I do not understand why the Spanish penal code, the Spanish constitution and the European constitution prohibit violence of any kind and yet close their eyes when talking about the Koran.”

Two days after filing his petition to outlaw the Koran, the Spanish National Police [Policía Nacional] called Firasat in for questioning after it emerged that he wanted to burn a Koran at the Plaza del Sol in central Madrid.

According to a police statement dated March 5, 2012, agents asked Firasat if he “understood that his actions could hurt the religious sensibilities of those who profess the Muslim faith.” He was also asked if he was “conscious that the burning of the Koran could be considered a crime” according to Title XXI, Chapter IV, Sections 1 and 2 of the Criminal Code [referring to crimes against offending religious sentiments].”

After reviewing his website with the police, Firasat said: “I am not hurting the feelings of any Muslim. Rather, I am taking an action that seems necessary against a book which gives the message of jihad: killing, hatred, violence and discrimination, which in no way is compatible with Spanish law.”

Firasat summed up his feelings in a newspaper interview: “Fighting the injustice of Islam is not so easy. On the one hand there are the Islamists who are seeking to kill me, and on the other side our own police, our own system which seeks to intimidate me and dissuade me from confronting Islam.”