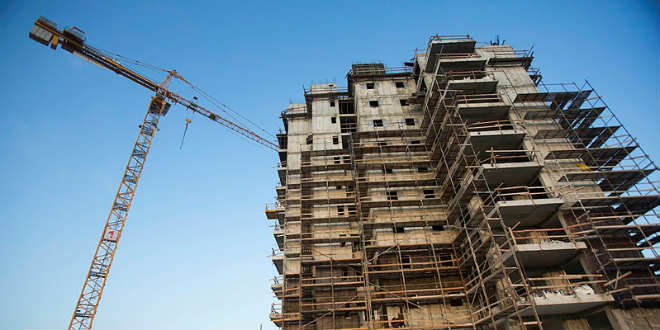 In response to the formation of a Palestinian unity government earlier this week, Israel’s Housing and Construction Ministry announced Wednesday night that it would be accepting bids for construction of new homes in several locations throughout Judea and Samaria.

The tenders were released for 223 new apartments in Efrat; 484 housing units in Beitar Ilit; 38 units in Geva Binyamin (Adam); 76 in Ariel; 78 in Alfei Menashe; 155 in Givat Ze’ev, including 55 in Agan Ha’ayalot; and 400 new units in the Ramat Shlomo neighborhood in East Jerusalem.

“I congratulate the decision to give a proper Zionist response to the establishment of the Palestinian terror cabinet,” Housing Minister Uri Ariel said in a statement. “The right and duty of the State of Israel to build across the country to lower the housing prices is unquestionable, and I believe these tenders are just the beginning.”

Until now, construction in the region had been under what officials termed a “silent freeze.”  Although projects already underway had continued, no new construction had been announced until Wednesday.

On Monday, Israel decided not to enter into any talks with the new Palestinian cabinet, considered a technocratic interim arrangement designed to steer Palestinians towards new elections.  It represents the end of seven years of hostilities between Fatah and Hamas.  The latter is deemed a terrorist organization by most countries, including Israel and the US, and thus Israel rejects the new unity government.

The US, UN, Russia and EU, however, have all agreed to deal with the new cabinet, because it does not contain any outright Hamas members as ministers.  This decision brought condemnation from Israel.

US Secretary of State John Kerry responded to such criticism Wednesday saying Abbas “made clear that this new technocratic government is committed to the principles of nonviolence, negotiations, recognizing the state of Israel, acceptance of the previous agreements and the Quartet principles.”

“Based on what we know now about the composition of this technocratic government, which has no minister affiliated to Hamas and is committed to the principles that I describe, we will work with it as we need to, as appropriate.”

US ambassador to Israel Dan Shapiro condemned the housing announcement.  “We oppose settlement construction in the West Bank as well as announcements regarding such construction,” he told Army Radio. “We would do so with or without this disputed case of a new Palestinian transitional government.”

The US was not alone in condemning the construction announcement. There are those within Israel’s own government who disapprove.  Justice Minister Tzipi Livni called it a “mistake,” saying it “will only make it more difficult for us to rally world support against Hamas.”  She went on to say settlement building was a “punishment that the people of Israel are getting because of the presence of Habayit Hayehudi [Jewish Home Part] in the government of Israel and not because of the presence of Hamas in the Palestinian government.”

According to Livni, Habayit Hayehudi ministers will take any excuse to build in Judea and Samaria. “The construction is a punishment to the nation of Israel that wants peace, and not the Palestinians.”

Prior to the construction announcement, some MKs also suggested formally annexing portions of Judea and Samaria in response to the formation of the Palestinian cabinet, but Defense Minister Moshe Ya’alon objected, saying this step should only be examined in response to Palestinian unilateral steps towards UN recognition.

Minister of Intelligence Dr. Yuval Steinitz responded to the latest criticism against Israel.

“Pursuant to US Secretary of State John Kerry’s statement to the effect that the new Palestinian government is ‘committed to previous agreements’, we must ask: Is it his intention to now demand that Abu Mazen [Mahmoud Abbas] and his government publicly reiterate their commitment to ‘the principle of complete demilitarization’ which constitutes a cornerstone of the Oslo accords, and to begin dismantling and destroying the thousands of missiles stationed in the Gaza Strip? If not, the Palestinian remarks about ‘honoring previous agreements’ border on deception and fraud,” he said.