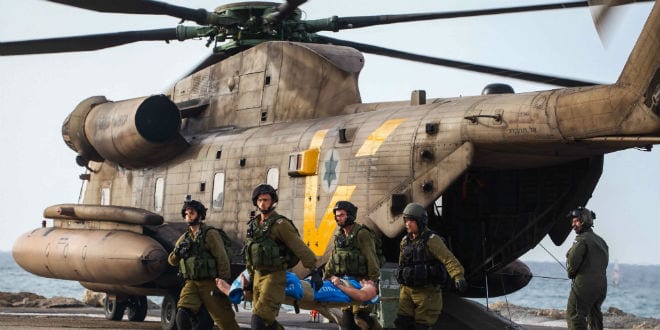 As of early June, the Israel Defense Forces will begin ceasing various key military activities, while certain military functions, such as vehicle repairs, are expected to dwindle one after the other, officials in the defense establishment said on Monday.

“The significance of the emerging 2015 budgetary outline is that we will not be able to begin the year at all,” said Defense Ministry Director-General Maj. Gen. (res.) Dan Harel. “We won’t have money for the elements that produce security,” he said.

Already numerous training exercises, including a nationwide drill of the civilian command, as well as many larger combat drills have been cancelled for 2014. In addition to various cancellations of drills for both the standing and reserve army has been the closure of numerous units and divisions that work with outdated technology or armements.

These units include the Airborne 160th that utilized outdated AH-1 Cobra Helicopters from the 1970’s; the Airborne 140th that utilized outdated F-16 fighter jets; the 11th, 14th, 27th, 130th and 600th Brigades of the Armoured Corps who were using upgraded patton tanks; and the amalgamation of outdated artillery units and reassigning those soldiers to more updated units to cut down costs.

According to Harel, “There will be money for elements pertaining to rehabilitation and retirement, because that is the law, but we won’t have enough money for the elements that produce security.”

Based on figures released by the IDF, the Defense Ministry’s budget for 2014 stands at NIS 51 billion ($15 billion). The “rigid” portion of the budget, which cannot be touched, includes NIS 7.4 billion ($2.1 billion) for pensions and NIS 1.1 billion ($320 million) to pay the salaries of soldiers during their mandatory service.

The defense establishment has asked the Finance Ministry to keep its previous promises regarding the 2014 budget, which it says were broken unilaterally. These promises, say defense officials, pertain to an agreement by the Finance Ministry to give the defense establishment parts of the amount needed to purchase new submarines and for the removal of landmines to facilitate the transfer of IDF bases to the Negev Desert.

The sum of money being unilaterally withheld by the Finance Ministry stands at NIS 2.15 billion ($620 million). The defense establishment is also demanding an additional NIS 750 million ($216 million) for minimum subsistence. Regardless, according to defense officials, these funds are not sufficient enough to reinstate crucial training exercises for 2014.

“The statement that the IDF and the Defense Ministry do not know how to manage their budgets, or that there are enormous surpluses in the defense establishment that can be cut from, is blind to the facts,” Harel stated. “For years, the defense budget has gradually dropped, while instead we have seen a welcome rise in the social budget.”