US Pro-Israel Bill Stalled in Senate Over Domestic Politics

Home » US Pro-Israel Bill Stalled in Senate Over Domestic Politics 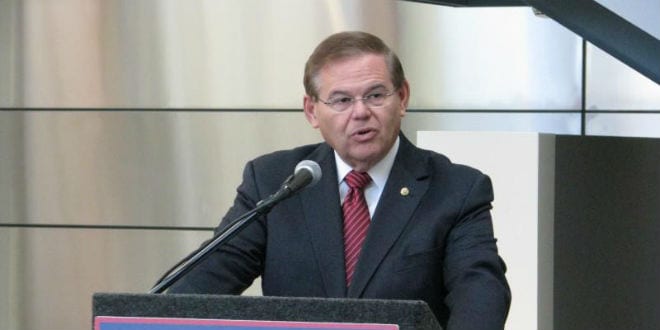 A bi-partisan, pro-Israel bill, in the works since March of 2013, has been pulled from the Senate Foreign Relations Committee agenda over an amendment that would pit Democratic supporters against their own government.  The bill, called the United States-Israel Strategic Partnership Act of 2014, would increase US support of Israel in a variety of areas, including military.

The bill defines Israel as a “major strategic partner,” although the two countries do not have a formal treaty of alliance.  It allows the US to store weapons in Israel, provide Israel with weapons and ammunition, calls for greater collaboration with Israel in security, energy and water, directs the secretary of commerce to take steps to make Israel eligible for a Strategic Trade Authorization (STA) license exemption for certain items subject to export controls, and lays the groundwork for the establishment of a joint United States-Israel Cyber Security Center.

The bill also supports the inclusion of Israel in the US’s Visa Waiver Program, at such time that Israel meets the program’s requirements.

After over a year of development and with 61 of 100 senators on board on both sides of the aisle, Committee chair Senator Bob Menendez (D-NJ) pulled the bill from discussions when he found senior Republican committee member, Senator Bob Corker (TN), planned to add an amendment which would call for Congressional hearings on any agreement reached by the US and four other countries with Iran over its nuclear program.

Democrats feel the amendment would limit the US’s ability to negotiate freely with Iran, thus forcing the bill’s supporters to choose between backing their Middle Eastern ally or their president.

“They’re stuck between a rock and a hard place,” a senior Jewish official said of Democratic senators, “They don’t want to cross the White House in public but they certainly don’t want to vote against a pro-Israel bill at a time when they are struggling not to lose control of the Senate altogether.”  In five and a half months, the Senate is facing midterm elections.

Corker, however, sees things differently.  “Let’s face it, Congress has been totally iced out on this issue since its inception. I cannot imagine an issue that’s more important to Israel than these negotiations with Iran over nuclear weapons,” he told The Daily Beast.

“Hopefully many Democrats would agree that we should at least have an opportunity to weigh in on the final agreement… after its negotiated…” he added.

The American Israel Public Affairs Committee (AIPAC), which has been pushing for this bill since its inception, supported Corker’s amendment in a statement released Monday. “AIPAC supports provisions such as the Corker Amendment which underscore the key role that Congress must play in defining the terms of an acceptable deal and its implementation,” an AIPAC official said.

The Cable reported that one Senate aide, speaking against the new measure, said Corker’s amendment didn’t belong in a bill pertaining to the US-Israel partnership.

“It is deeply disappointing that a bipartisan bill cosponsored by over 60 senators sending a strong message extending far beyond the United States – Israel security partnership is being politicized when it should be passed,” said the aide. “This is the right bill for the right time as the United States and Israel continue to make advances in technology, homeland security, agriculture, and other areas. It is not the appropriate vehicle to legislate on Iran.”

All is not lost, though.  Adam Sharon, a spokesman for the Foreign Relations Committee, told Hamodia on Tuesday, “We’ll find another way to pass it. The US-Israel Strategic Partnership Act will be revisited.”