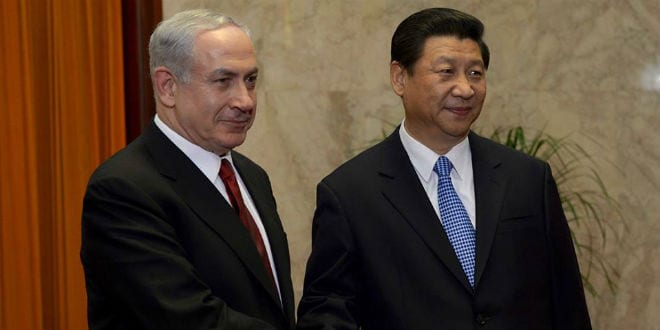 Israel is bolstering its ties with China as the Ministerial Committee for Chinese Affairs, headed by Israeli Prime Minister Benjamin Netanyahu, approved a new plan that would strengthen and expand bilateral financial ties between the two nations.

The announcement of the new plan comes on the heels of a visit by Chinese Vice Premier Liu Yandong to Israel. During the premier’s visit, China and Israel signed a bilateral cooperation agreement and inaugurated a new academic institute to strengthen cultural ties.

The new bilateral financial agreement will increase Israeli exports to China in an annual amount of five billion NIS ($290 million) within a five year period. Israel has agreed to finance around 49 million NIS ($14 million) a year in order to carry out the plan.

The Committee appointed Eugene Kandel, Chairman of the National Economic Council, to head the team tasked with carrying out the new initiative. The team was established last May following a visit by Netanyahu to China. China has established a counterpart team that will work with the Israeli team to advance efforts.

Members of the new inter-ministerial committee will coordinate with the Israeli government on strengthening financial ties with China. It is expected that the team will be made up of representatives from the Finance Ministry, Foreign Ministry, and the Ministry of Economics.

Part of the new bilateral agreement is governmental recognition of various business initiatives conducted with Chinese partners in the fields of high-tech, energy, agriculture, environmental protection, health, and water technology. Also, both the Israeli and Chinese Finance Ministries will open new financial delegation offices in one another’s countries.

Israel has also agreed to ease restrictions on visa entry permits to Israel for Chinese tourists, business people, and academics.

Israel has taken its relationship with China seriously over the last several years, strengthening financial, academic and cultural ties. Israeli exports to China have rise 180 percent from $878 million in 2009 to $2.47 billion in 2013. Revenue from Chinese tourism has also doubled in this time, from $30 million to $65 million.