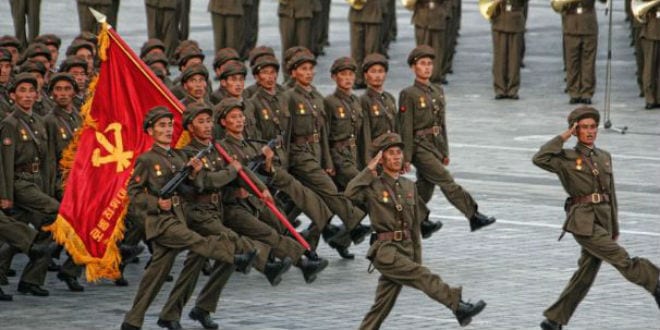 Israeli Prime Minister Benjamin Netanyahu confirmed that Iran is sharing nuclear technology with North Korea. In an interview published Wednesday with Mainichi Shimbun, the prime minister’s revelation comes at a time when the Islamic Republic and world powers convene in Vienna for nuclear negotiations.

Netanyahu, who is visiting Japan this week for bilateral talks with Japanese governmental officials, said Iran “would share whatever technology it acquired with North Korea.” When asked if the communist authoritarian regime is receiving secret technology related to missile development from Iran, Netanyahu responded: “Yes, that’s exactly the case.”

The prime minister added that Iran is seeking “the capacity to make nuclear weapons…The outcome, if that happens, would be very bad, and it would be like North Korea.”

“Whatever nuclear technology they have they will share with North Korea,” Netanyahu warned. “If Iran gets to a point where it’s very close to…the production of nuclear weapons, then this will immediately cause other countries in the Middle East to…go for nuclear weapons too, so the Middle East would turn into a very dangerous place.”

North Korea’s nuclear and ballistic missile program is one of Japan’s greatest national security concerns. Observers of the isolated North Korea have said that the government is preparing to carry out a fourth nuclear test. Despite international isolation and extreme sanctions, the North Korean regime has made clear that its priority lies in the weaponization of its technology.

“We see a danger and a challenge posed by a rogue state arming itself with nuclear weapons. In your case it’s North Korea,” Netanyahu said at a meeting with Japanese Foreign Minister Fumio Kishida. “We are faced with such a rogue state in the form of Iran and its quest to develop nuclear weapons.”

“Iran continues to deceive the world and advance its nuclear program,” he added. “Clearly the Ayatollahs cannot be trusted.”

“And if the international community wants to avoid the specter of nuclear terrorism, they must assure that Iran…not have the capability to develop nuclear weapons,” Netanyahu stated.

Kishida “stressed…the importance of support by the international community including Israel to the framework of talks,” between the Islamic Republic and the P5+1.

In a separate interview with Japanese broadcaster NHK, the prime minister said that Iran was using the talks with the P5+1 as a diversionary and stalling tactic.

“They say that they would reduce production of uranium, but they increase production of centrifuges. It is as if they are acquiring express trains for development of nuclear weapons,” Netanyahu stated.

As a fresh round of nuclear talks begins, Iran’s top leader said that his country would “not bow” to pressure from the international community. Quoted on Iranian state television, Supreme Leader Ayatollah Khamenei said that world powers “should know” this and that the Iranian nation will follow the “correct” path.

During his visit to Japan, Netanyahu has urged the Japanese government and Prime Minister Shinzo Abe to sanction Iran and not support the Iranian regime’s access to nuclear technology. Netanyahu has been a strong vocal opponent to the nuclear talks, arguing that Iran’s sole purpose is to acquire nuclear weapons which would then be used to destroy Israel.

Japan has maintained friendly diplomatic relations with Iran over the years, despite growing international isolation. Japan relies heavily on Iran for oil.