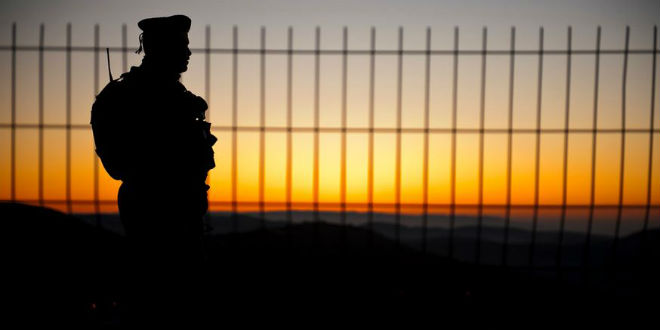 The Shin Bet, Israel’s internal security service, has cleared for publication that it has nabbed a terror cell planning on carrying out multiple kidnapping attacks on IDF soldiers. The members of the cell were imprisoned terrorists who were planning on conducting a series of kidnapping attacks which were supposed to take place in April 2014.

The Shin Bet received intelligence that imprisoned Fatah terrorist Abd al-Rahman Uthman, who is serving a life sentence, was helping to plan the attack with Ban Fadil from the West Bank, who was arrested by Israeli security forces.

After interrogating both suspects, the Shin Bet learned of others taking part in masterminding the attacks. Two brothers, Ahmad and Nazih Uthman, and their brother in-law Nader Zin Eddin were arrested. These three suspects led the Shin Bet to an additional suspect, Issam Zin-Eddin, who was the partner of Abd al-Rahman Uthman. Both were convicted in 2006 of murdering an Israeli civilian in a shooting attack.

According to the investigation, Abd al-Rahman Uthman, Issam Zin-Eddin, and another prisoner, Ibd Alatim Ibd Alhaq, began planning the kidnapping attacks while in Israeli prison in 2012. The men recruited fellow terrorists also in prison and garnered funding, weapons, and supplies from Hamas.

The terrorists were able to communicate with the outside via cell phones that were smuggled into the prison by family members visiting the imprisoned terrorists.

After being released from prison, the men were planning on stealing a vehicle to meet with a “sponsor” for the terror attacks in Saudi Arabia. The vehicle was also to be used to transport kidnapped soldiers who were on duty from the Hawara, Ariel, and Yitzhar junctions in Samaria.

Both the newly arrested and imprisoned terrorists have been brought before a military court in Sallem on charges related to terrorist activities.

The Shin Bet reported that Israeli security forces that thwarted dozens of attempts to kidnap IDF soldiers since the 2011 prisoner exchange with Hamas. In exchange for the release of 1,000 terrorists, Hamas freed captive soldier Gilad Schalit. Since then, Israeli intelligence has said that the number of attempts on the lives of IDF soldiers has skyrocketed dramatically.

On Sunday, the Israeli Knesset voted in favor of a bill that dramatically reduced the power of the government to approve the release of terrorists from prison, even under conditions of peace negotiations.