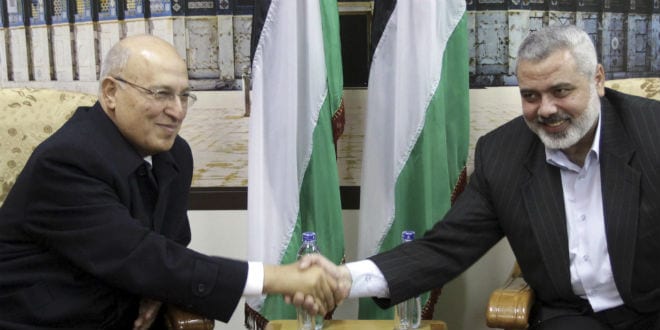 Palestinian officials have confirmed that rival leaders from the West Bank and Gaza Strip have agreed to form a national unity government within the “next five weeks.”

Following talks in Gaza City on Tuesday evening between officials of the Palestinian Liberation Organization (PLO) and Hamas, an agreement was reached to merge both governments. Talks are expected to continue throughout Wednesday.

A member of the PLO who wished to remain anonymous told AFP, “There has also been progress on the holding of future elections and the composition of the PLO.”

The announcement to form a unity government between the rival two Palestinian groups is not the first. In 2011, Fatah, the main faction in the PLO, signed a reconciliation treaty with Hamas in Cairo whose purpose was to end the political divide between Gaza and the West Bank. However, little has been done to implement the treaties.

On Tuesday, Haniyeh stated that solidifying and uniting Palestinian leaders was “in order to form one government, one political system and one national program.”

Al-Ahmad added, “I am happy that the time has come to end divisions.”

The news of the latest alliance comes at a time when US brokered peace talks between Israel and the Palestinians face total collapse. With the deadline for the latest round of negotiations fast approaching, mediators on all sides are working around the clock to meet some sort of middle ground to extend talks.

Abbas, who threatened this week that he would dissolve the PA government and its security apparatus, laid out new demands for continuing talks with Israel. The Palestinian leader said that Israel must release the fourth batch of Palestinian terrorists, including Israeli-Arabs; freeze all construction in Judea and Samaria; and that within the first three months of extended talks, the issue of borders of a future Palestinian state will be discussed.

Israeli Prime Minister Benjamin Netanyahu criticized the latest alliance during a meeting Wednesday with Austrian Foreign Minister Sebastian Kurz. “Every time we get to that point, Abbas stacks on an additional condition which he knows that Israel cannot give,” the prime minister said. “So instead of moving toward peace with Israel, he’s moving toward peace with Hamas.”

“He has to choose,” Netanyahu said. “Does he want peace with Hamas or peace with Israel? You can have one but not the other. I hope he chooses peace, but so far he hasn’t done so.”

Hamas is a vocal opponent of the peace process and has publicly stated it would never make peace with Israel.