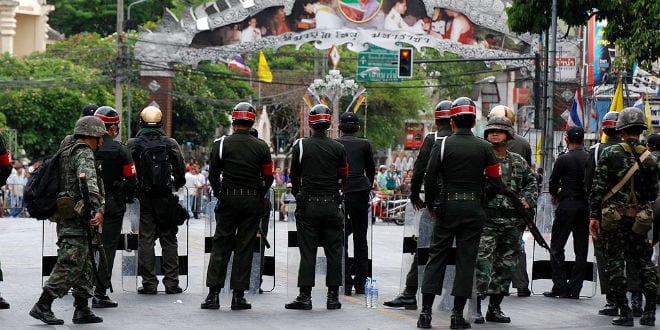 A man of Lebanese origin that was arrested earlier this week by authorities in Thailand on suspicion of connections to Hezbollah has admitted that he was part of a group plotting an attack on Israeli tourists in Bangkok.

Local media in Thailand have reported that Lebanese-French citizen Daud Farhat and Lebanese-Philippine citizen Yousef Ayyad have been on the Thai immigration watch-list for some time. Thai authorities detained Ayyad and Farhat on Tuesday in connection to Hezbollah.

Israeli officials tipped off Thai authorities of the alleged terrorist plot. Thailand is a hugely popular tourist destination for Israelis, especially young Israelis who have just completed their army service.

“Stop910,” a website that gathers information on terrorist activities in eastern Asia, first reported the news earlier this week. According to the website, Youssef Ayad is a Shi’ite Muslim from the Philippines who works as a foreign operative under Hezbollah’s international arm.

A police investigator told the Bangkok Post that Ayyad confessed the details of the terrorist plot under interrogation. According to the police, Ayyad and two others entered Thailand with the specific intent of carrying out a bus bombing against Israeli tourists in Bangkok and other Israeli groups on the Khao San Road over the Passover holiday.

Earlier this week in the United States, a shooting outside a Jewish Community Center and Jewish retirement home in Kansas has put all Jewish communities around the world on high alert.

A source close to the investigation told Thailand’s The Nation, “Their [the suspects] presence in Thai territory near the Jewish Passover, which this year fell on April 13, aroused the Thai side’s suspicions, so the Thai side decided to take them into custody for questioning after a fatal shooting in the US during Passover.”

A Thai security source acknowledged that had the men not been arrested by authorities, “a bomb attack would certainly have taken place somewhere on Khao San Road.” The source also revealed that Thai security officials believe that at least nine other Hezbollah linked operatives were currently in Thailand. A country-wide manhunt is underway to capture them.

The secretary-general of Thailand’s National Security Council told The Nation, “We have found no links with the group at this stage. Israel has mentioned this group, but there is no conclusion yet that the men are members of the group.”