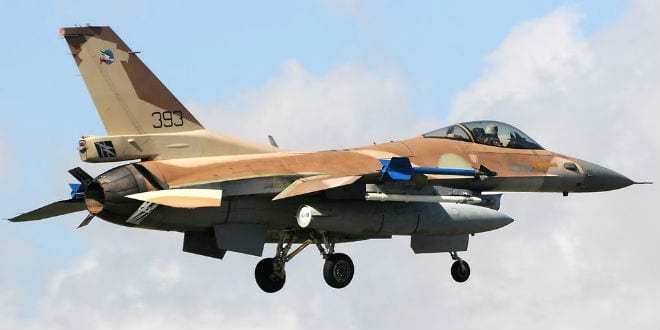 Lockheed-Martin, one of the world’s largest aerospace and defense companies, officially opened a branch in Be’er Sheva. Chief Executive Marillyn Hewson said at the opening of the company’s new offices that opening up a branch in the city of Be’er Sheva comes as the Israel Defense Forces push forward on a “Move to the South” campaign that seeks to transfer Israel’s military bases to the southern part of the country.

Lockheed-Martin has been growing its international presence with major operations in the United Kingdom, Europe, and Australia. Current IS&GS customers include NATO; British air traffic management organization NATS; the Australian Tax office; and the United Kingdom Ministry of Justice.

In January, Lockheed-Martin and Massachusetts based IT company EMC made joint investments in technology projects in Be’er Sheva, some of which were contracted through the Ben-Gurion University in Israel.

According to Israel National News, Hewson opened the branch in a special ceremony on Wednesday, expressing support for the IDF.

“The consolidation of IDF Technical Units to new bases in the Negev Desert region is an important transformation of Israel’s information technology capability,” she stated. “We understand the challenges of this move – which is why we are investing in the facilities and people that will ensure we are prepared to support for these critical projects. By locating our new office in the capital of the Negev, we are well positioned to work closely with our Israeli partners and stand ready to accelerate project execution, reduce program risk and share our technical expertise by training and developing in-country talent.”

Hewson later compared Be’er Sheva to Silicon Valley, the technology mecca of the US. “In the United States, Silicon Valley stands as our country’s center for information technology innovation,” she said. “With the opening of this office and the strategic investments being made by the IDF it is clear that Be’er Sheva is on its way to becoming the Silicon Valley of Israel.”

“Prime Minister David Ben-Gurion understood the potential for this region when he called for pioneering settlement of the Negev Desert nearly 60 years ago,” she continued. “The ‘Move to the South’ initiative is a significant step in fulfilling Ben-Gurion’s vision of ‘making the desert bloom.’ And we are proud to be a part of this national center of excellence for information technology in the south.”

The past few Israeli governments have invested significantly over recent years in building up Be’er Sheva as the technological capital of Israel. Earlier this month, ministers from a variety of Israeli ministries toured a new technologypark near the city, declaring high hopes for the region to attract additional international companies like Lockheed-Martin.

“This park, as well as the entire Negev, is one of the greatest opportunities we have in the Middle East today,” Economic Minister Naftali Bennett stated at the time. “I’m not a big believer in government interventions, but in this context, such interference is of great importance, in order to create the ecosystem required to attract multinational companies to the region.”

Deputy Education Minister Avi Wortzman (Jewish Home/Bayit Yehudi) agreed. “It is important for us to develop Be’er Sheva as the technological capital full of opportunities in the State of Israel,” he continued. “I call on all relevant parties to try and examine what we can do to promote the development of the city.”

As reported in Israel Defense magazine, Defense Minister Moshe Ya’alon said at last week’s ceremony inaugurating the new “Samson” plane the IAF received from Lockheed Martin; “Lockheed Martin is a strategic partner in the defense of Israel, our relationship goes back many years. We are very proud of this relationship.”

The Negev region in southern Israel makes up 60% of the country’s landmass but contains only around 8% of its population. Recent Israeli governments have focused on developing the Negev’s vast desert expanses as a way of alleviating skyrocketing housing prices and strengthening the strategically-important region which borders Egypt and Jordan.