The Dangerfield of Diplomacy

Home » The Dangerfield of Diplomacy 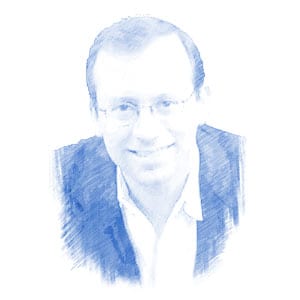 This coming October will mark the 10th anniversary of the passing of American comedic icon Rodney Dangerfield, a man who left his mark on our collective consciousness and provided us all with some priceless moments of side-splitting laughter.

Born Jacob Rodney Cohen to Hungarian Jewish immigrants on Long Island, Dangerfield worked as a door-to-door aluminum siding salesman before hitting it big in comedy. In his act, he adopted the image of a hapless ne’erdo- well for whom nothing ever goes right, peppering his routine with what quickly became known as his signature line: “I get no respect.”

“I’m telling you,” he once said, “I get no respect. The way my luck is running, if I was a politician, I would be honest.”

While Dangerfield may have passed away a decade ago, there is one man who seems intent on continuing his legacy, albeit in a far more serious and important line of work: John Kerry, the US Secretary of State.

For months on end, Kerry methodically accumulated thousands of frequent flyer miles, visiting the Middle East more than any other part of the world in an increasingly desperate attempt to breathe new life into the Israel-Palestinian negotiations. He was mocked and ridiculed, called “messianic” and “obsessive,” but he soldiered on, intent on defying all those who said that he was wasting his time on a fool’s errand, even though he was.

Russia may have occupied the Crimea, and North Korea may have resumed threatening to carry out further nuclear tests, but John Kerry would not be deterred.

He kept banging his head against the Middle Eastern wall, certain that it would break, even as the rest of us were sure that it was all headed nowhere.

Sure enough, as the “Dangerfield of diplomacy,” Kerry’s luck ran out even before it began.

And while he now may face a barrage of criticism for leaving the region empty-handed, I would beg to differ.

Appearances aside, I think Kerry can take pride in three important, though entirely unintended, achievements.

First, the US Secretary of State has unwittingly pulled the mask off of Palestinian Authority chairman Mahmoud Abbas, reminding the Israeli public once again that there is no partner on the Palestinian side.

By dragging Israel and the Palestinians into the protracted exercise of meaningless talks that went nowhere, Kerry accomplished more in nine months than years of right-wing columns, advertisements and interviews could possibly have achieved.

Abbas came away looking just as uncooperative and obstructive as ever, making outlandish demands while offering nothing in return. Indeed, a poll conducted for the Knesset TV station and released on March 27 found that 70 percent of Israelis do not view Abbas as a possible partner for peace. And for that, Kerry deserves at least some of the thanks.

His second feat was to inadvertently reinforce the Israeli public’s opposition to handing over territory to our foes. By making an issue out of the future status of the Jordan Valley, which is widely viewed as Israel’s buffer against threats from the east, Kerry focused the minds of the public on the dangers inherent in territorial concessions.

He forced Israelis to ponder the frightening possibility of exposing the country’s eastern flank, and you don’t need to be a four-star general to understand just how perilous that would be. Not surprisingly, the Knesset TV survey mentioned above also revealed that 61% of Israelis are now opposed to giving up parts of Judea and Samaria in exchange for a peace agreement versus 39% in favor. The failure of Kerry’s efforts will surely increase that sizeable majority even more.

Finally, Kerry’s third and ultimate triumph was to strip away any pretense of justice or legitimacy in America’s continuing imprisonment of Jonathan Pollard.

By cynically offering to set him free to entice Israel to release Palestinian terrorists, Kerry demonstrated clearly and unequivocally that Pollard’s ongoing incarceration is political, not judicial.

He has thereby bolstered the already compelling case in favor of clemency for Pollard by clumsily attempting to use him as a bargaining chip. This will further increase the pressure on Washington to do what it should have done long ago and set Pollard free. Not bad for a rookie Secretary of State.

At this point, one can only hope that Kerry has at last learned his lesson and will now stop ignoring the growing threats to American hegemony around the world.

Instead of spending his time coaxing Israel to make dangerous concessions, he should be trying to cajole countries such as Iran and Syria to concede.

In Kerry’s defense, he surely meant well, and the intractability of the Israeli-Palestinian conflict has outfoxed men far wiser than he. But the truth of the matter is that Kerry could have avoided this current predicament altogether. For when Abbas surely encouraged him to come to Ramallah, promising he would find there a man of peace, Kerry should have taken to heart one of Rodney Dangerfield’s old routines.

As the comedian liked to tell it, “A girl phoned me the other day and said, ‘Come on over, there’s nobody home.’ So I went over. Nobody was home.”

And that, dear Mr. Kerry, is why there is no peace.