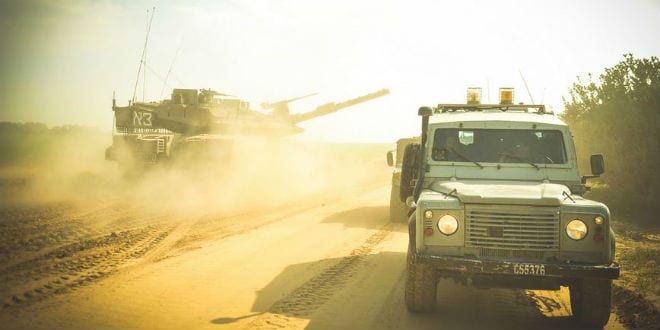 Over the next few months, the IDF will introduce a mobile radar system that will be used by the IDF Ground Forces divisions during offensives.

The new radar, called Wind Shield, can be carried into enemy territory by infantry or armored units. Wind Shield can be used to track incoming rockets, missiles, and mortar fire during operations.

The IDF says that the biggest threat to its ground troops is projectile attacks. While in battle conditions, many troops have had to function blind in the field. With Wind Shield, soldiers will be able to protect themselves from attack, especially in the Gazan and Lebanese combat arenas.

Commander of the Eitan Artillery Corps Battalion, Lt. Col. Yigal Katzav, said that Wind Shield substantially improves the capability of forces maneuvering in enemy territory. Katzav explained to The Jerusalem Post that the radar will provide early warning to ground forces and save many lives. The radar will also shorten the sensor to shoot cycle, allowing soldiers to shoot back quicker.

The Wind Shield system can also be used during outside of war conditions. The radar can be used by IDF soldiers on border patrol and can detect incoming missiles in real time, Katzav added.

“We know that all of the [hostile] organizations are amassing large numbers of projectile arms, and in every confrontation, this will be a significant challenge,” said Katzav.

The need for the mobile, mission-based radar has increased over the years as hostilities have flared along the border with Gaza, Syria and lately, Lebanon.