US Against “Unfortunate” PA Sanctions

Home » US Against “Unfortunate” PA Sanctions 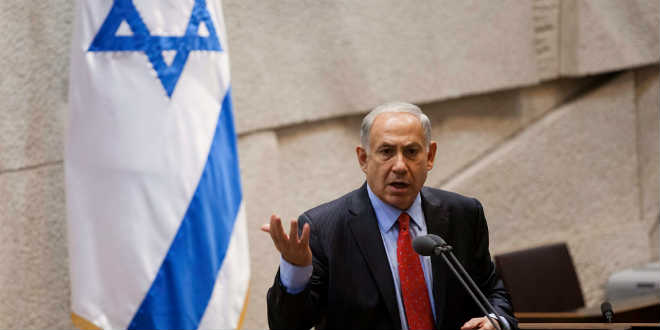 The Israeli government announced last week that it would begin implementing economic sanctions against the Palestinian Authority for beginning to seek international recognition on a path to statehood. The U.S. State Department has come out against the moves, calling them “unfortunate.”

Among the sanctions, Israel has decided to freeze the transfer of tax funds it collects for the Palestinian Authority. “We’ve seen these press reports, but we have not seen an official public announcement by the Government of Israel,” U.S. State Department spokeswoman Jen Psaki said on Friday. “That said, we would regard such a development as unfortunate.”

Approximately $100 million a month in taxes are collected each month by Israel for the Palestinians. The Israeli government has yet to announce how much and for how long the taxes will be withheld.

The sanctions, which were a laid out under a directive by Israeli Prime Minister Benjamin Netanyahu, also included the severing of ties between Israel and Palestinian ministries, excluding the Defense Ministry.

On Thursday, an Israeli official announced that the withheld tax funds would be used to pay outstanding debts the Palestinian Authority owes Israel. For example, in March, it was reported that the PA has repeatedly refused to pay its electricity bill, which has reached a staggering 400 million NIS ($110 million).

“The step was taken in light of continued Palestinian unilateral measures with the UN treaties, which constitute a clear violation of the agreements between Israel and the PA,” the official said.

When it comes to the future of peace talks between Israel and the Palestinians, Israeli officials are not hopeful. According to anonymous officials as reported by Israel’s Channel 10, “There is no chance of the negotiations restarting in the coming weeks.”