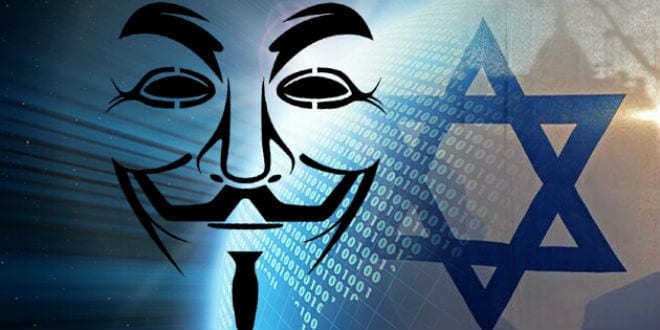 Israel is bracing itself for expected cyber attacks on Israeli institutions by pro-Palestinian hackers. Websites of various governmental agencies were taken offline on Monday as precautionary measures against the attacks.

In an operation called OpIsrael, Israeli security leaders ranked the cyber risks posed by the hacktivists as high. Walla reported that the whole cyber attack operation is connected to the infamous Anonymous group.

An annual attack, hackers utilize their talents to take over Israeli websites throughout the day using such methods as denial-or-service attacks. This is the second year OpIsrael has taken place.

The anti-Israel hackers, who have called themselves “Anonymous Operation Israel,” called on “cyber warriors from across the planet” to attack Israel online.

“On April 7, 2014, we call upon our brothers and sisters to hack, deface, hijack, database leak, admin takeover, and DNS terminate the Israeli Cyberspace by any means necessary,” the group said in a YouTube video.

Israeli cyber security advisors warned the Israeli public not to open emails from unknown sources, to avoid suspicious links on Facebook, and to monitor bank accounts for activity.

The Israeli government, fearing that viruses could be sent to state agencies, has shut down all computers containing important data.