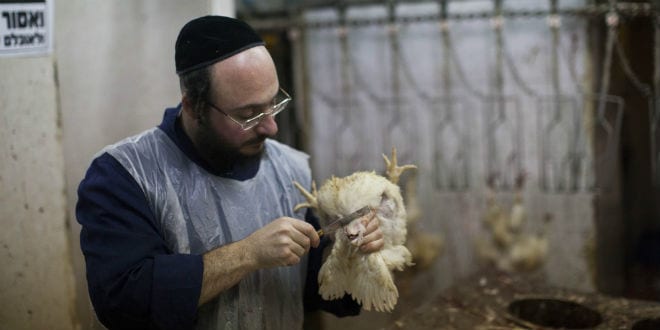 After months of uncertainty, Sejm, the Polish Parliament, has issued a position paper partially reversing an earlier ban on Kosher ritual slaughter.

In 2012, following a court ruling, the Polish government banned all forms of slaughter which did not include pre-stunning the animal.  This ban, which came into force in January of last year,  included both Kosher and Halal meat, since both Jewish and Muslim law forbid stunning the animal in advance.  An attempt in July to overturn the ban was rejected by Sejm, but the religious community refused to give up.  Even the Pope offered to intercede on behalf of the Jewish community.

Now, Sejm has issued a position paper to the country’s constitutional tribunal, indicating that “in its current form, Polish law does not permit penalizing slaughter for internal Jewish communities.”  This would mean, while still illegal for commercial or export purposes, Kosher – and by extension, Halal – slaughter would be allowed within the community for its own immediate use.

We are satisfied that the representatives of the Polish people have decided that the Jewish communities’ religious freedom will not be harmed,” said Dr. Moshe Kantor, president of the EJC. “We welcome the decision and hope that it will put an end to the attempts to curtail Jewish practices that meet the highest and most humane standards.”

Kantor went on to express his wish that Poland serve as an example for countries such as Denmark, which also banned the practice in February.

“We hope that the spirit of compromise which involves the safeguard of religious freedoms enshrined in the European Union will be an example for other nation’s which are seeking to ban Jewish practices,” Kantor said. “We hope the Danish government will study this decision carefully and reopen their own decision to ban shechita.

“The EJC with its affiliate, Poland’s Union of Jewish Religious Communities, which played an important role in this decision, will continue to fight for religious freedom across Europe.It is vital that Jews, like all law-abiding Europeans, are allowed to practice their religion without impediment or obstruction,” Kantor said.

“The Sejm did the right thing by clarifying the murky legal situation of kosher slaughter in Poland and by backing shechita for local communities’ consumption,” said WJC CEO Robert Singer. “We hope this statement will help to put to rest the controversy over shechita – which Jews hold to be a crucial religious freedom.”

Polish Chief Rabbi Michael Schudrich called the statement a “very important and positive step towards the decision to be taken by the Constitutional Tribunal,” crediting it to “months of meetings and discussions” on the issue.

“This is indeed a difficult time and we must insist on our rights, but on the other hand we have to maintain the good relations we have with the Polish government,” Schudrich said.