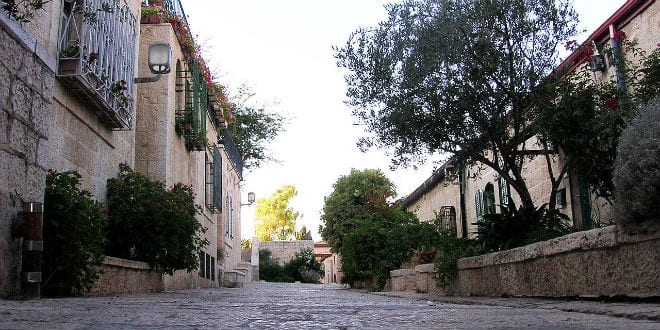 Rental agreements between private parties open the way for all sorts of unusual clauses, but several Jerusalem homeowners have included a unique stipulation in their contracts: the Moshiach clause.

According to Jewish belief, Moshiach, Hebrew for Messiah, may arrive at any time.  In fact, the 12th century sage, Maimonides, listed belief in his imminent arrival as one of the thirteen Principles of Faith that separate true believers from heretics.  When he comes, tradition dictates, all Jews will be gathered back to the land of Israel and an era of peace, prosperity and understanding for all mankind will be ushered in.  It is precisely for this reason that some individuals outside the country own and maintain property there.

Such people understandably do not want their homes to remain empty and unattended, however, they also want the reassurance that they can move in when Moshiach comes.  Thus, the Moshiach clause was born; a stipulation that requires renters to vacate part or all of the premises in favor of the returning landlords in the event of Moshiach’s arrival.  How soon they must do so varies from two weeks to several months.

In February, one young family was initially amused, then concerned by the clause.  The wife, Jenna Alpern, documented the experience for The Times of Israel.

“At first we laughed at the silliness of two worlds colliding – our religious beliefs and a legal contract. The spiritual and physical realms. Then I started thinking about what this could mean. ‘But what if Mashiach (the messiah) DOES come and then we have nowhere to live because everyone is trying to come to Jerusalem? And what does this say about the landlords? That their first act of this messianic era will be to evict their tenants so they have a place for themselves? And what if they belong to some fringe sect and think Mashiach is their cousin’s dog?’ It was not comforting, to say the least.”

The couple’s friend, Rabbi Yehoshua Looks, investigated the legal and religious implications of the clause.  He blogged about his findings:

“Another friend, Jeffrey Rashba, who is a partner at Ephraim Abramson & Co and has many years’ experience practicing law in Israel, had never heard of the clause either. He asked around and found that neither had six real estate lawyers and an Israeli Supreme Court judge. Rashba consulted his partner who heads up the firm’s real estate practice, who gave this considered response: There can be no opinion rendered on enforceability per current Israeli Law because the law once the Moshiach arrives will be determined by the Sanhedrin (the Supreme Court of Temple times, which decided the most complicated cases).”

The Christian Science Monitor, however, was able to find numerous real estate experts who had not only heard of the clause, but had personal experience with it.

The details of the clause vary according to the parties involved.  One renter, for example, fought her landlord on the matter.  Tikva Blaukopf Schein told her landlord, “That’s not nice behavior.  Where would we go?  What would we do?”  They ultimately agreed that when Moshiach comes, Schein and her family would move into one room of the two room apartment, making space for her landlord to move into the other.

The Alperns worried about whose definition of Moshiach would activate the clause, so they had the landlord specify his identity would be determined by his recognition by a majority of Jews.  This was important because there have been false messiahs declared throughout history.

But this is not a new phenomenon.  Ten years ago, Miriam Shaviv blogged about the clause.  Her brother’s roommate, she said, was uncomfortable with it, so the lawyer suggested he take out insurance to cover the cost such a short-notice move might entail.