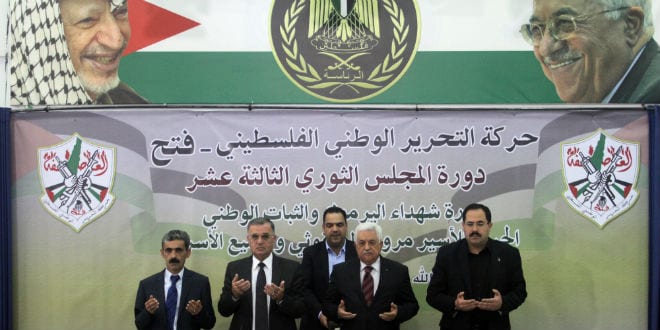 Palestinian leaders have rejected a peace framework extension proposal by Israel on Monday. A Palestinian Authority official told that the proposal, which seeks to extend peace talks beyond the April 29 deadline, was a form of “blackmail.”

Following a meeting between Israeli and PA negotiating teams to discuss the proposal, the PA official said, “Israel is practicing a policy of blackmail and linking its agreement to releasing the fourth batch of prisoners with the Palestinians accepting to extend negotiations.”

The rejection of the proposal came on the heels of a surprise visit by U.S. Secretary of State John Kerry to Israel in an attempt to save collapsing peace talks.

U.S. led negotiations took a turn for the worst this past week when Israel blocked the release of 26 Palestinian terrorists from prison. The agreement to release the terrorists was made in July 2013.

The PA has maintained that it would refuse to continue negotiations past the deadline unless Israel agreed to release the terrorists as well as other demands, such as a complete freeze on settlement construction, annexation of East Jerusalem and the release of an additional 1,000 Palestinian prisoners.

The PA has also insisted on the release of infamous terrorists such as Marwan Barghouti, the mastermind behind the second intifada, and Ahmad Saadat, leader of the Popular Front for the Liberation of Palestine.

“The proposal includes a partial settlement freeze in the West Bank but excludes East Jerusalem, and would include continued building in areas where tenders have already been published,” he said.

The PA official accused Israel of bringing about the failure of peace by continuing to ask for extensions to negotiate.

“The Israeli proposal aims to continue the negotiations indefinitely, without any results, in parallel with continued settlement building,” he accused. “It’s a very difficult situation and the peace process is in real danger because of Israeli policy.”