US Denying Visas to Israelis with Judea & Samaria Connections

Home » US Denying Visas to Israelis with Judea & Samaria Connections 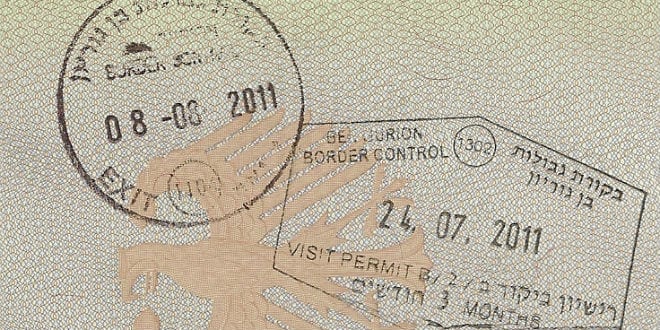 The US State Department is denying entry visas to IDF officers, Mossad operatives and Israeli Security Agency (Shin Bet) members connected to operations in Judea and Samaria, several Israeli news sources reported.  Other security personnel affiliated with the contested region are being turned down, as well.

According to pro-Israel sources on Capitol Hill, the visas are being denied out of concern these individuals may have been involved in violating the rights of Palestinians.  The US administration did not confirm the report.

Israelis wishing to visit the US do not have automatic entry privileges, and are required to obtain an entry visa.  Congressional efforts to add Israel to the list of countries with visa waivers have been made over the years; the most recent appeal is currently stalled in the Senate.

State Department Spokeswoman Jen Psaki said Friday, “The Department of Homeland Security and State remain concerned with the unequal treatment that Palestinian Americans and other Americans of Middle Eastern origin experience at Israel’s border and checkpoints, and reciprocity is the most basic condition of the Visa Waiver Program.”

Israel maintains that under the Oslo agreement, it is permitted to follow a different protocol for admitting visitors of Palestinian descent.  Its rate of entry refusal for Palestinian Americans is not disproportionate.

“After receiving inquiries from several constituents, my staff contacted your legislative affairs staff and learned that our consulates apparently have a policy to presumptively deny all tourist visa applications for young Israeli nationals who wish to visit the United States during the period in between the completion of their military service and the resumption of their university education,” Schumer wrote to Secretary of State John Kerry earlier this month.

“When my staff asked your staff why this arbitrary policy toward Israel was in place, we were informed that the State Department is concerned that these young Israeli nationals were going to violate the terms of their visas by, for example, selling Dead Sea cosmetics at shopping malls across the United States.”

The rate of visas applications denied was 9.7% last year, up from 5.4% the year before.  To qualify for the visa waiver program, a country must not exceed 3% visa denials.

It should be noted that even now, Israel’s rate of visa refusal from the US is relatively low, and other US allies have also seen a spike in the number of refused visas recently.  Psaki emphasized the positive spin: