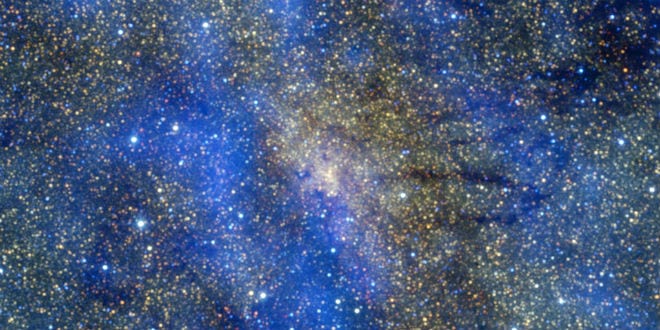 An experiment at the South Pole called BICEP2, carried out by a team of astronomers led by John Kovac of the Harvard-Smithsonian Center for Astrophysics, has uncovered scientific evidence supporting one of the most popular — and religiously controversial — theories of the origin of the universe.  What makes the discovery so exciting, however, is that it suggests greater concert between science and the Bible on that point than ever.

The Big Bang theory proposes that the universe began as a hot, dense, dimensionless point, which then began to cool and expand exponentially in a process described as inflation.  Until now, inflation was merely a theory, as well, but on Monday Kovac’s team announced it had measured gravitational waves indicating inflation.

“We’re very excited to present our results because they seem to match the prediction of the theory so closely,” Kovac said in an interview. “But it’s the case that science can never actually prove a theory to be true. There could always be an alternative explanation that we haven’t been clever enough to think of.”

Inflation had not been proven until now because gravitational waves are so weak compared with other forces in the universe that they are hard to measure.  The BICEP2 experiment was done in the South Pole in order to minimize environmental interference.  The telescope used took four years to build, and the team spent three more years collecting and analyzing the data.  The BICEP2 instrument sorts through the cosmic microwave background (CMB), looking for polarization of the light in a pattern, since gravitational waves distort space itself.

Lawrence Krauss, an Arizona State University theoretical physicist, said of the new result, “It gives us a new window on the universe that takes us back to almost the very beginning of time, allowing us to turn previously metaphysical questions about our origins into scientific ones.”

Religious physicists are excited about the new data.  According to Dr. Gerald Schroeder, author of Genesis and the Big Bang, inflation is unusual because it is a one-time force, and “physics hates one-time forces.”  He explains that, like inflation, the phrase “the spirit of God hovered” appears only once in the Bible.  While reluctant to say the hovering spirit of God is inflation, Schroeder believes the parallels are striking.

Edward Tryon demonstrated in 1973 that it is possible, through a combination of quantum physics and relativity, to describe a physical universe which sprang from nothing.  Tryon’s model supposes laws of nature which are intangible and predate time.  “An intangible force which is outside of time…that’s 80% of the Biblical definition of God,” says Schroeder.  Inflation lends support to Tryon’s position.  That the universe could be created from absolute nothing “is the most theological statement science can make,” Schroeder added.

Similarly, Bar Ilan University’s Professor Nathan Aviezer, author of the book In the Beginning, told The Times of Israel, this discovery “isn’t going to make anyone who wasn’t a believer in God into one, or vice versa, but one thing the announcement does do is make it clear that the universe had a definite starting point — a creation — as described in the Book of Genesis,” said Aviezer. “To deny this now is to deny scientific fact.”

“Without addressing who or what caused it, the mechanics of the creation process in the Big Bang match the Genesis story perfectly. If I had to make up a theory to match the first passages in Genesis, the Big Bang theory would be it,” said Aviezer.

“It’s an example of Divine irony that it took atheistic scientists like [Nobel laureate Paul] Dirac and all the others to point out the truth of the Torah. At this point I think we can say that creation is a scientific fact.”

Professor Aviezri S. Fraenkel of the Weizmann Institute told The Jerusalem Post, “The modern Big Bang theory is much closer to the biblical description of creation, where there is a definite beginning.  In fact, the modern theories, which don’t yet explain all the observed cosmological facts, bestow new meaning to the biblical verse in Psalms 92:6: ‘How great are your deeds, O Lord! Your thoughts are very deep.’”