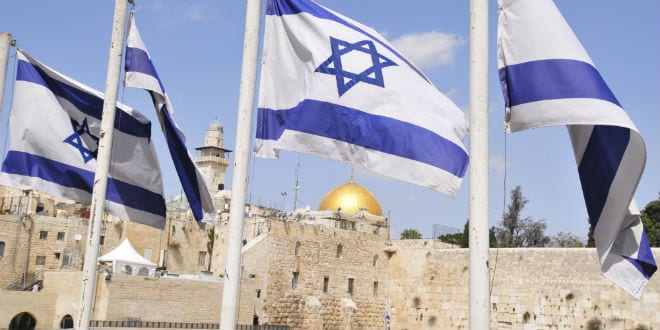 The Jewish people drew some unexpected praise from a much unexpected source this week. Speaking at a clerical conference in Tehran, Ramadan Shalah, leader of the Palestinian Islamic Jihad terrorist organization, told religious Muslim leaders that Jews have more love for Jerusalem than Muslims.

According to Israel’s Army Radio, Shalah told religious leaders that Muslims do not express their love for Al-Quds, the Arabic name for Jerusalem, near the same level as the Jewish people. He believes that Muslim love for the holy city is inadequate and that Jews have a deep, emotional attachment to Jerusalem.

Shalah called on Muslims all around the world to not only fight for Jerusalem militarily, but also on the ground of Jerusalem as a symbol of Islamic cultural heritage.

“What is the meaning of Jerusalem for us?” he asked. “Learn from the Jews, from that accursed entity [Israel]. They love Jerusalem not just as a military matter, but as a cultural one.” To prove his point, Shalah quoted from the famous Israeli song “Jerusalem of Gold,” written by Zionist songwriter Naomi Shemer. One of the most popular Hebrew songs ever written, “Jerusalem of Gold” utilizes ancient Biblical references to mourn the time period in which Jews were not allowed access to one of Judaism’s most holy sites – the Temple Mount.

“They have a song in the Israeli entity that their army sings on June 7, then they conquered the Al-Aqsa Mosque and Haram al-Sharif,” Salah said, referring Israel’s victory during the 1967 Six Day War.

“Every Israeli child and every accursed Israeli soldier says this song in their heart,” Shalah stated.

Salah’s terrorist organization, Islamic Jihad, was responsible for the barrage of over 100 rockets that slammed Israel last week. The sudden break out of violence from the Gaza Strip was the strongest since 2012. Responding to the rocket fire, Israel carried out airstrikes against strategic areas associated with Islamic Jihad.

Islamic Jihad is Hamas’s biggest rival in the Gaza Strip and shares a close relationship with Iran.