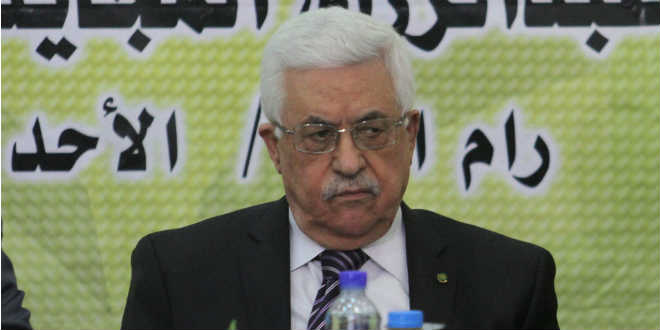 The meeting, which is expected to be tense, will see Abbas insisting on “Palestinian principles and international legitimacy,” according to his spokesman Nabil Abu Rudeineh. Rudeineh told the Wafa news agency that the Palestinians have delivered “all the concessions they can.”

Abbas has made clear certain Palestinian demands that should they not be fulfilled, he would walk away from peace negotiations entirely. These “red-line” demands include full Israeli withdrawal from the West Bank under a period of four years, Israeli recognition of a Palestinian state under the 1967 borders, and further prisoner releases.

However, the major sticking point so far of the negotiations is the repeated refusal of Abbas to recognize Israel as a Jewish state. PA media has reported ahead of the president’s trip that Abbas will officially refuse to recognize Israel during his meeting with Obama.

In anticipation of the meeting, Fatah organized mass rallies across the West Bank on Sunday to show public support for Abbas and his expected rejection of “the international pressure exerted upon him.” Israel’s Prime Minister Benjamin Netanyahu has made clear that Israel would not stand down from its demand that Israel be recognized as the national home of the Jewish people. Until recently, the U.S. has supported this particular Israeli demand. However, the Obama administration has shifted in its support.

Last week, U.S. Secretary of State John Kerry told members of the House Committee on Foreign Affairs that Israel is making a “mistake” by insisting on recognition.

“The American position is clear, Israel is a Jewish state. However, we do not see a need that both sides recognize this position as part of the final agreement,” Psaki said.

The April deadline for extending peace negotiations is fast approaching. Abbas has threatened the U.S. and Israel that it would not take part in future talks should Israel not immediately freeze settlement construction and commit to releasing more prisoners. Political leaders have blasted Abbas for his ongoing demands without conceding anything to Israel in return.

Israeli Defense Minister Moshe Ya’alon told Israel’s Channel 2 that Abbas was “a partner for taking, but not a partner for giving.”

“He’s not a partner for a final peace agreement, at the end of which there is recognition of Israel’s rights as the nation state of the Jewish people, an end of the conflict and an end to all the demands. He [Abbas] says this openly.”