US Provides $429 Million in Immediate Funding for Iron Dome

Home » US Provides $429 Million in Immediate Funding for Iron Dome 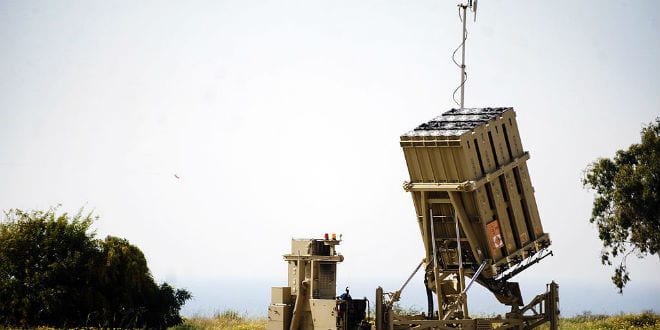 The U.S. Department of Defense announced that it would be providing Israel with $429 million in immediate funding that is to go towards Israeli aerial defenses. The money is specifically meant to “continue support of the production of the Iron Dome weapon system.”

In a statement by the Defense Department, the funding, which was approved last Wednesday, “ensured continued U.S. funding for procurement of Iron Dome systems and interceptors.”

The U.S. acknowledged the crucial role Iron Dome plays in defending Israel. “The Iron Dome system is capable of intercepting and destroying short-range rockets, and mortar and artillery shells, and is an invaluable component of Israeli missile defense,” the statement read. “During Operation Pillar of Defense in 2012, Iron Dome was credited with saving countless Israeli lives, and was called a ‘game-changer’ by many Israeli policy-makers.”

The Defense Department also hoped the funding would create “significant co-production opportunities” for American and Israeli defense companies. The Iron Dome system is a collaborative effort between Israeli companies Rafael and Israeli Aircraft Industries, and Boeing in the United States.

Iron Dome, which the U.S. views as having “strategic value” for both the U.S. and Israel, will allow Israel to “obtain valuable resources to contribute to its defense and U.S. industry will receive meaningful co-production opportunities for Iron Dome components.”

News of the Iron Dome funding comes on the heels of rumors in Washington that U.S. President Barack Obama would be significantly reducing funding for U.S.-Israel missile contracts for the 2015 fiscal year. However, the 2015 budget submission for defense contracts is consistent with previous years.

In 2014, the Obama administration approved $95 million in funding for missile defense projects, including Israel’s Arrow program. This year, the president requested from Congress that $96.8 million be approved for the same projects.

Currently, there are seven Iron Dome batteries places around Israel. Israel’s Defense Ministry hopes to double that number by the end of 2015 to fulfill its goal of completely protecting Israel from incoming rocket and mortar attacks.