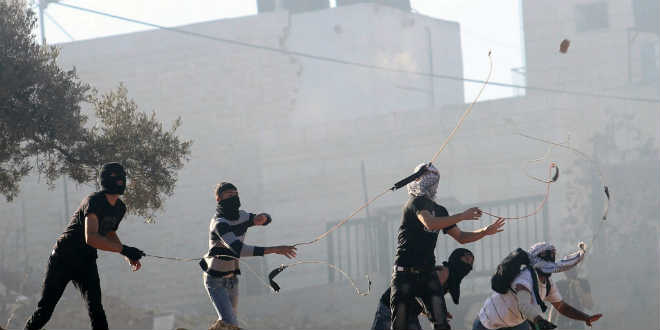 Monday evening, IDF forces shot and killed a Palestinian terrorist that took part in numerous rock throwing attacks at cars traveling along Route 60. The incident occurred near the West Bank city of Ramallah.

The Palestinian man killed was part of a larger group that were caught throwing stones near the Israeli settlement of Beit El in Judea and Samaria. According to the IDF, Route 60 is a popular location used by Palestinians to conduct stone attacks.

“During an ambush operation to catch rock throwers near Beit El, an IDF force opened fire on a Palestinian who was throwing rocks at an Israeli vehicle and a bus,” the IDF Spokesperson’s Unit stated. “The Palestinian was killed. The circumstances surrounding the incident are under investigation.”

The IDF organized the ambush due to a drastic increase in rock throwing incidents that have injured many Israelis. Usually, soldiers are told to use non-lethal force against firebomb and stone throwers. Last night’s incident is a clear indication of a policy change taking place within the IDF.

Later in the evening, Arabs from a nearby village close to Beit El opened fire on homes in the settlement. The village of Jilazun is situated very close to Beit El and is under Palestinian Authority control. IDF soldiers are canvassing the village for the perpetrators. No one was hurt but damage to homes was reported.

The death of the Palestinian terrorist near Ramallah was the second incident on Monday in which a Palestinian was shot by IDF forces. Raed Zieter, a Palestinian resident of Nablus who served as a civil judge in Jordan, was shot dead at the Allenby border crossing when he attacked an IDF soldier and attempted to steal his weapon.

News of Zieter’s death sparked angry protests outside the Israeli Embassy in Amman. In efforts to restore diplomatic peace between Israel and Jordan, the IDF quickly instituted an investigation into the man’s death.

“The preliminary conclusion of the investigation indicates that the terrorist attacked the solder. He charged at the soldiers shouting ‘Allah Akbar’ with a metal pole, and then attempted to seize the soldier’s weapon prompting the soldiers to respond by firing towards his lower extremities, in line with standard procedures,” the IDF stated. “The suspect then began to strangle a soldier and the force resorted to using live fire once again.”