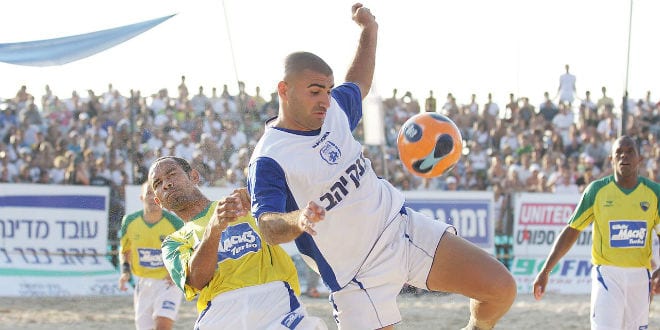 Good news for religious soccer players: The Fédération Internationale de Football Association, or FIFA, has approved the use of religious head-coverings during soccer matches.  Following a two-year pilot test, the international governing body of football and soccer agreed to allow players to cover their heads during matches, provided the head-coverings themselves meet certain specifications.

A FIFA panel called the International Football Association Board (IFAB), which determines the rules for FIFA, decided Saturday to allow religious head-coverings to be worn by players during games.  It concluded,  “there was no indication as to why the wearing of head covers should be prohibited.”

Previously, head-coverings had been banned from soccer games.  Then, in 2012, Muslim women were permitted to wear the hijab in a test project designed to help IFAB determine its ruling.  Now, the ruling is being extended indefinitely and covers both men and women.

“We had a request from the Sikh community to play with headgear, and to avoid discrimination against men, it was decided that what applied to women can apply to men,” said FIFA secretary general Jerome Valcke.  The request came from a Canadian player.  Last year, Quebec’s Soccer Federation was suspended from the Canadian Soccer Association for enforcing the FIFA ban on turbans.

“All we’ve wanted, for years, is to have a clear position (from FIFA) and rules to follow, and now we know what to do, and we’ll do it,” said Michel Dugas, spokesperson for the Quebec Soccer Federation.

IFAB’s specifications for permissible head-coverings are very clear.  The head covering must be of the same colour as the jersey, have a professional appearance, be a separate unattached garment from the jersey, and not be of danger to the player or others.  The traditional skullcap worn by Jewish men falls under these rules.

Head-coverings were not the only topic discussed by IFAB.  The panel also ruled that players would no longer be allowed to wear slogans under their jerseys to be revealed during the game.  It has become common practice for players to celebrate a goal or victory by lifting their shirts, revealing a message underneath.

“From now on there can be no slogan or image whatsoever on undergarments, even good-natured ones. This will apply from June 1 and will be in force for the World Cup,” Valcke said.

IFAB wants to avoid political statements during games, but it is difficult to determine exactly which messages are appropriate and which are not.  “It’s easier to say no,” he said. “Sometimes, we are criticized for saying no, but what is the definition of a nice message?”