IDF Mom: “Giving to the Soldiers is the Most Special Thing You Can Do”

Home » IDF Mom: “Giving to the Soldiers is the Most Special Thing You Can Do” 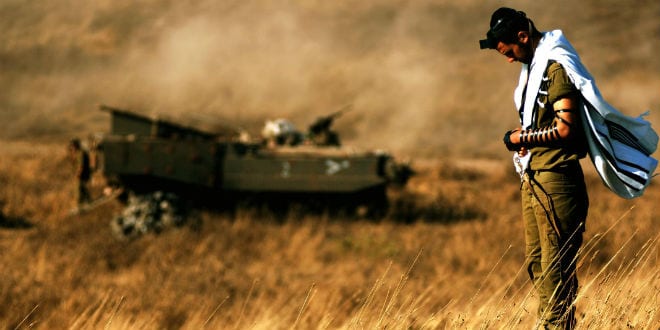 Most teenagers around the world enter their last year of high-school worrying about college applications, saying goodbye to friends, and wondering about the new adventures they will embark on. In Israel, life is a little different. Israeli teenagers wait for a day that has been spoken about their entire life. They wait for the moment they themselves will be called into a brotherhood and sisterhood that their parents, grandparents, cousins, aunts, uncles, and even siblings are a part of. The day these teenagers receive their draft notice to the IDF is the day that sets a course for the rest of their lives.

In Israel, military or civilian service is usually mandatory. Jews from all walks of life – both secular and religious – give up two to three years of their young adulthood to transform into the protectors of the Land of Israel. In Israel lately, the topic of religious Jews serving in the army has erupted in controversy across the land. Just yesterday, hundreds of thousands of ultra-Orthodox Jews gathered in protest in Jerusalem against the government’s policy of drafting religious Jews into army service. The IDF has taken into account the religious beliefs of many of its soldiers who wish to maintain a high level of religious observance while serving in the IDF. A new unit, called “Defenders of the Negev,” was recently established that helps ultra-Orthodox integrate into the army. Comprised of all ultra-Orthodox Jews, soldiers are trained for combat and undergo six months of specialized training that includes infantry patrol, pinpoint operations and basic Arabic language courses that allows the soldiers to communicate with the population.

The soldiers are given ample time for Torah study and prayer services are held three times a day. The IDF has even provided the soldiers with special kosher food that maintains extra- high standards of kosher certification.

Recently, the IDF released a video highlighting the incredible efforts and sacrifices of the “Defenders of the Negev.” One soldier, Eliyahu Frankel, moved to Israel 10 years ago with his family from New Jersey. Eliyahu enlisted in the IDF because he “wanted to contribute to the country and protect its citizens.”

Defenders of the Negev: Ultra-Orthodox Jews in the IDF

I spoke with Eliyahu’s mother, Michele, who explained that her and her husband “always very much recommended to him [Eliyahu] that this is what he should be doing.” Michele and her family, who currently live in Ramat Beit Shemesh, said that her son didn’t always have it in his head that he would join the army. However, one day Eliyahu came home and announced he would be enlisting.

“We believe that he should be serving,” Michele said. “The IDF is really trying to make it comfortably religious for the soldiers.”

Eliyahu, who has been serving in the IDF for the last seven months, is currently undergoing training to be a specialized runner with German and Belgian Sheppard’s. Eliyahu’s unit is responsible for the massive task of guarding one of Israel’s largest Air Force bases in the South.

When I asked Michele about what it is like as a mother to know that her son was on the front lines protecting the Land of Israel, Michele reflected on her sons and his fellow soldiers journey and simply stated, “They really do go through a lot.”

“As a mother, I felt that whatever we could do for him – like giving him treats, provide winter clothing – it made a huge difference in how he feels about his service.”

Michele and her husband recognized the importance of “remembering the soldiers” prior to her sons enlistment so much so that they made donations to organizations affiliated with the IDF that provide support to soldiers.

One organization, The LIBI Fund, has raised millions of dollars over the years from Jewish and non-Jewish supporters of the IDF to remind soldiers that they are not in fact alone. This past winter, LIBI held its annual winter clothing campaign which has provided thousands of IDF soldiers with winter essentials such as sweaters, thermals, gloves, and scarves.

Currently, with the upcoming Jewish holiday of Purim fast approaching, LIBI is organizing a drive to raise money to send IDF soldiers across Israel Shaloch Manot (gifts of food to express neighborly love).

When I asked Michele about the work LIBI does and what it means to her as a mother of an IDF soldier, Michele said, “Anything they [the soldiers] can be given to make the job that much easier is so appreciated. This form of giving to the soldiers is the most special thing you can do.”

Michele admitted that at times, her motherly instinct kicks in for Eliyahu’s fellow soldiers.

“A lot of soldiers don’t have family support and it’s so stressful for them. You see these soldiers and it’s so sad. It’s so special that there are organizations out there for them that support them, that remember that they protect the land.”

“Even in training, they can’t even have a can of soda,” Michele said. “So to receive any kind of gift – a note, a sweater, a chocolate bar – is so special, so kind, so generous.”

Simply put, as Michele stated, “Anything that we can give to these guys who work so hard to protect the land is a special kind of gift.”