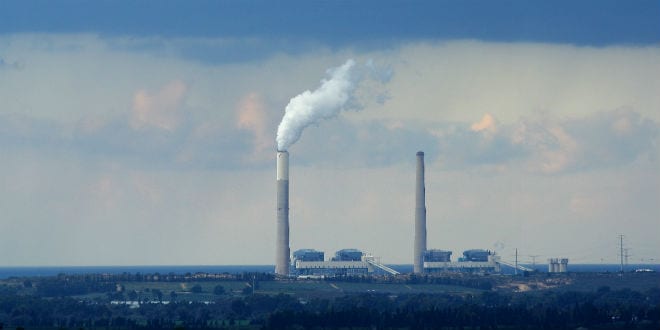 The Palestinian Authority’s unpaid electricity bill has spiralled to a staggering 400 million shekels ($110 million).  Now, the Jerusalem District Electricity Company has offered the PA an ultimatum: pay the debt, or approve a rate hike.

The JDEC is a private distributor which is supplied by the Israel Electric Company and then sells the electricity to Palestinians throughout PA territory and parts of East Jerusalem.  The long history of unpaid electric bills by government bodies and residents alike has created a 1.37 billion shekel ($389 million) debt owed by the company, a figure which continues to grow by roughly 70-80 million NIS ($20-22 million) per month.  Less than 70% of the area’s residents pay their electric bills in a timely fashion, if at all.

Currently, Palestinian residents enjoy lower electricity rates than their Israeli counterparts.  Should the PA be unable to pay its outstanding bills, the JDEC would like to raise its rates to match those of Israelis in order to reduce its debt to the IEC.

In the past, the IEC has recouped some of the money owed through transfer payments withheld by the Israeli government from taxes it collects on behalf of the PA.  Since US Secretary of State John Kerry began his diplomatic efforts in the region, however, such tactics have been avoided.

IEC Chairman Yiftach Ron-Tal told the Knesset Finance Committee on Tuesday if he had the authority to do so, he would have shut down the PA’s electric supply long ago.

“If a regular citizen didn’t pay his electric bill, we’d cut him off within a week. But here—despite the company’s enormous debt—we are forced to keep supplying the Palestinian electricity grid. Our hands are tied.”  The IEC is government-owned, and thus subject to the policies determined by the Knesset.  “The government has various interests, and as we are a government company we must abide by its dictates,” Ron-Tal said. He acknowledged, however, that, “Prime Minister Binyamin Netanyahu is determined to collect the money.”

JDEC director Hisham al-Omari denies that disconnecting Palestinian towns from the electric grid is being considered as a solution to the debt crisis.  The impact of the unpaid bills may be far-reaching, though. According to Ron-Tal,  Israelis may be forced to shoulder the burden, in the form of another increase in the IEC’s rates.  Finance Committee Chairman MK Nissan Slomiansky (Habayit Hayehudi) said, “It’s possible that we might have to urge a consumer revolt. If there are some people don’t pay the IEC and that’s OK, then we can’t pay, either.”

The IEC is not without its own financial strains and is also in debt, but Ron-Tal emphasized that did not stop the company from meeting its responsibilities.  “During the recent snowstorm we had our people out right away repairing the infrastructure,” despite the challenges, he said.