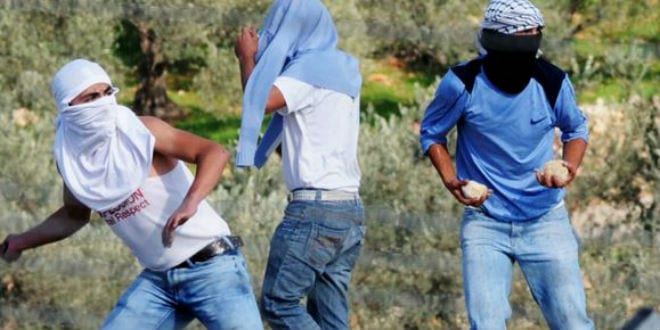 The legal rights organization, which fights terrorism by legally persecuting terrorists, has issued an ultimatum to Oxfam: either sever ties with groups linked to terrorism or be charged as an accessory to terrorism in future terror attacks.

“It has been brought to our attention that Oxfam International, Oxfam Novib, and other Oxfam affiliates provide financial aid and additional forms of material support to the Union of Health Workers Committees (UHWC) and the Union of Agricultural Workers Committees (“UAWC”), instrumentalities of the terrorist Popular Front for the Liberation of Palestine (“PFLP”) in the Hamas controlled Gaza Strip and the Palestinian Authority,” Shurat Hadin’s Attorney Nitsana Darshan-Leitner wrote.

“Oxfam readily acknowledges it works very closely with these two Palestinian groups and provides them financial support. Your organization has described them as your ‘partners.’ … Indeed, last month you signed a new agreement with the UHWC to provide it with further financial support,” she continued.

The PFLP is responsible for several high profile terrorist attacks including a 1972 hijacking of a flight from Lod that resulted in the death of 28 people. More recently, the PFLP has been extremely active in the Gaza Strip, claiming responsibility for recent rocket fire against Israel, including rockets fired after the funeral of Ariel Sharon. The PFLP has been designated as a terrorist organization by the UK, US, EU, and Australia.

Darshan-Leitner issued a warning to Oxfam, in which she stated that Shurat Hadin “will seek all available relief and remedies against Oxfam and its officers in all relevant jurisdictions.”

Oxfam has been in the middle of controversy lately when it demanded Hollywood actress Scarlett Johansson, who was an ambassador of Oxfam, to sever ties with Israeli based SodaStream.

In response to Shurat Hadin’s allegations, Oxfam defended themselves by accusing the organization of overstating its case.

An Oxfam spokesperson stated: “We take any such allegations seriously, however these same allegation by the Israel Law Center against UAWC were previously investigated thoroughly by the Australian government’s Federal Police and Security Intelligence Organisation, and were found to be completely unsubstantiated.”

“These organizations are well respected and funded by many major international donors. UAWC is legally registered in Israel, and neither are proscribed organizations in any country. Oxfam’s support for UAWC helps small-scale dairy farmers and herders to make a better living, while our work with UHWC helps improve emergency health services for people in Gaza. We do not work with organizations that use or promote violence.”