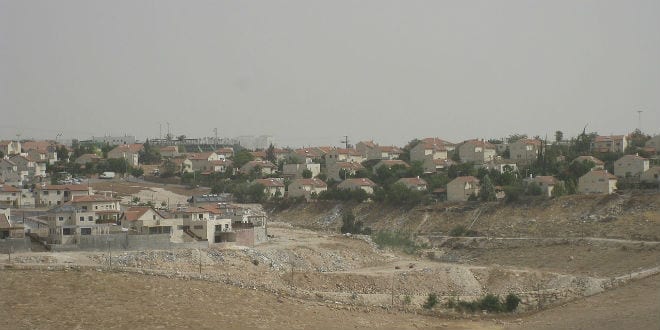 Israel’s Army Radio reported that U.S. Secretary of State John Kerry is insisting that the Israeli government impose a construction freeze in settlements that fall outside of communities Israeli would keep in any final-status deal with the Palestinians.

Aides to Kerry are arguing that construction freezes would allow negotiations to continue after the April deadline. The Obama administration is requesting the unofficial settlement freeze from Israel as a sign of good faith to the Palestinians.

Israeli officials have yet to respond to the request and the U.S. has held off on pushing Israel for an answer.

According to Army Radio, an unofficial freeze would not require a government edict. However, bureaucratic red tape would be implemented to impede current construction and approval of future projects. Unofficially freezing construction would also allow the government to deny any approval of halting all construction in Israeli settlements.

“The Israeli side is well aware that the framework will not be enough to convince Abu Mazen (Abbas) to remain at the negotiating table without Israel giving him something else,” Army Radio reported.

John Kerry has been hard at work pursuing peace between Israel and the Palestinians. However, peace between the two sides does not appear to be in the near future. Palestinian Authority President Mahmoud Abbas has made it clear that the PA would never recognize Israel as a Jewish state. PA Chief Negotiator Saeb Erekat has admitted proudly that peace negotiations are at a complete standstill.

Army Radio notes that the U.S. State Department has refused to confirm or deny Kerry’s push for a construction freeze. A spokesperson for the department said last week, “At this point, we are focusing on reaching an agreement within the structure of the framework agreement. That is our goal.”

In Paris on Wednesday, Kerry met with Jordanian Foreign Minister Nasser Judeh and Palestinian Authority President Mahmoud Abbas to discuss reaching an agreement on a framework for peace.

State Department Spokeswoman Jen Psaki said: “We are at an important point in the negotiations where we are engaged with narrowing the gaps between the parties on a framework for negotiations and it was an appropriate time to spend a few hours meeting with President Abbas to talk about the core issues.”