Hebron: First Wonder of the World 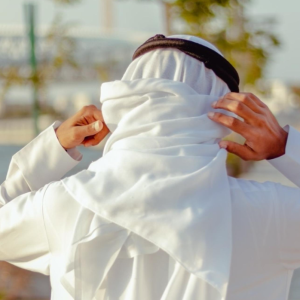 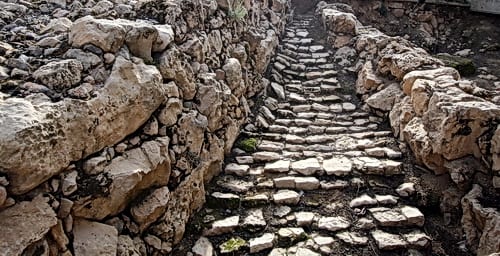 I’m frequently asked about my motivation to live in Hebron.  Why live here? My answer contains a few elements.

My usual first stop when giving tours in Hebron is Tel Rumeida, which is a great place to begin because this neighborhood is actually ancient Tel Hebron. If Ma’arat HaMachpela [Cave of the Patriarchs] is where the Patriarchs and Matriarchs are buried, Tel Rumeida is where they lived. Two walls – one 4,500 years old and dated to the era of Noah, and another wall – 3,700 years old from the times of Abraham and Sarah, ensconce a stairwell that is over 4,000 years old.

We are almost 100% sure that our Forefathers walked these stairs. Imagine walking in the literal footsteps of our ancestors. Today, the stairs reach the only road accessing the neighborhood. Archeologists have explained that under that road, at the end of the stone stairs, are most probably the gates to the ancient city of Hebron.

This site is, for me, one of the most important places not only in Hebron, but in all of Israel and in the world. Why? Each year, literally tens of thousands gather in Hebron to read the biblical passage on how Abraham, almost 4,000 years ago, purchased the Cave of Machpela for his children. The Torah states specifically twice exactly where the transaction occurred and when he paid 400 silver shekels (today valued at $700,000) to Efron the Hittite. We know today that the purchase took place at the gates to the city.

What I always find amazing isn’t so much that Abraham was in Hebron thousands of years ago, but that we, the Jewish nation, are still here today. How many people can say, after 4,000 years, this is where they began, and where they continue to live?

Hebron is part of our roots – the roots of Judaism, and the roots of Monotheism. Any person, any group of people, any religion that professes a belief in one G-d, Hebron is where it all began. Quite literally, the purchase of the Cave of Machpela in Hebron is the beginning of humanity as we know it today, the beginning of the end of human sacrifice, of a belief in the one and only Creator of the Universe, our G-d. It is difficult to get closer to our roots than at this very place. Upon purchase of the caves, Abraham discovered the tombs of the first man and woman, Adam and Eve. It is written that upon discovering the tombs and entering into the holy place, Abraham was able to inhale the scent  of the unique fragrances of the Garden of Eden. Here souls ascend to the world above, after they depart our physical body.