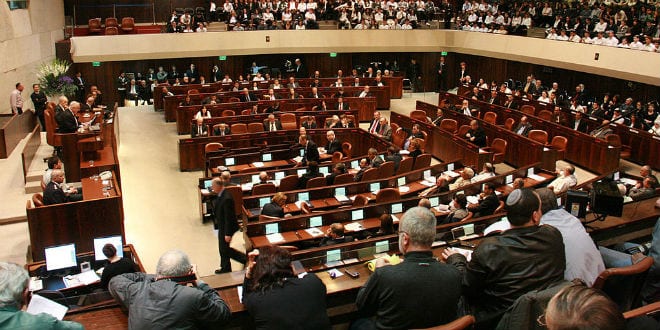 An Israeli Christian leader was threatened by Arab Israeli Knesset members in a heated exchange during a Knesset committee meeting Wednesday.

The hearing was part of an effort to legally differentiate Christians as a separate minority group from Arabs, similar to the Druze and Bedouins. That effort has been led by Likud MK Yariv Levin and Israeli Christian leaders.

But the initiative has been controversial within the Israeli Arab community.

Israeli Christian leader Shadi Halul of the Christian IDF Officers Forum, a group that promotes Christian recruitment and integration into the Israeli military, said he is proud to be Christian and deserves to be recognized as such. Halul accused the Arab MKs of racism.

“Don’t listen to these racists,” he added, pointing at the Arab MKs.

Committee chairman MK Haim Katz eventually had Arab MK Haneen Zoabi ejected from the meeting for suggesting that Halul deserves to be attacked.

“You are a coward! Go to the streets of Nazareth and Kfar Kana, say what you just said, and they’ll give you the response you deserve,” Zoabi said, the Jerusalem Post reported.

Zoabi, who is one of 12 Arabs in the Israeli Knesset, has had a controversial political career. She has been an outspoken opponent of Israel and participated in the 2010 Gaza flotilla. She also ran for mayor of Nazareth in late 2013, losing to the long-time Christian incumbent Ramiz Jaraisi.