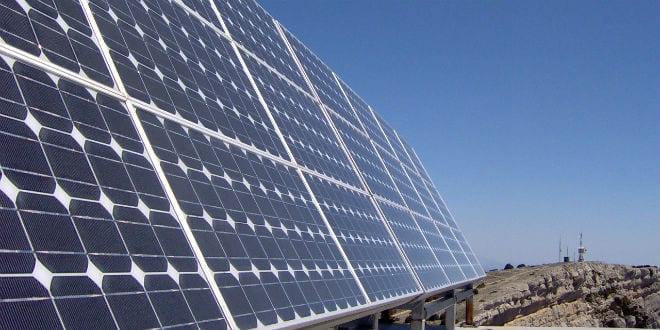 The IDF is making amazing strides when it comes to protecting the environment.

The largest organization in Israel, the Israel Defense Forces operates numerous bases across the country. Having to supply energy to all these bases proves costly monetarily and for the environment. Recently, the IDF implemented a plan to replace all of their diesel generators with solar powered panels to supply energy to its bases around Israel.

The diesel fuel generators, which run 24/7, have contributed highly to pollution in Israel, not to mention a cost of $13 million per year. The addition of solar panels is a first step in a much larger plan to make the IDF an environmentally friendly military. Col. Oded Yackobovitz, a commander in the IDF Ground Forces, is part of a team of IDF soldiers who are overseeing the IDF going green. “We started to run a pilot program to examine alternative energy sources, with an emphasis on solar energy,” Col. Yackobovitz said. “It’s all about combining solar panels, hybrid generators for backup, batteries and electrical supervision.”

The pilot program, which took place in southern Israel, was highly successful. Proving that it was possible to convert IDF bases to use more environmentally energy friendly sources, the IDF “decided to transform dozens of operational sites into solar energy sites.”

The newest environmental commitment by the IDF is the latest in a string of measures the army has adopted to preserve the environment. Two years ago, the Israeli Air Force launched project Blue Going Green (blue is the official color of the IAF).

The goal of the project is to ultimately convert the IAF’s entire energy infrastructure into alternative fuel. Blue Going Green has what the IAF calls a “net-zero-energy air force” by the year 2033. The project has an ambitious, but possible goal by using water heating, grey water recycling, solar power grids, natural induction lighting, and natural sewage treatment to bring Blue Going Green to fruition.

“Two years ago, it was hard to convince commanders that the IAF needed to become more environmentally friendly. Now, they don’t need convincing,” Capt. Bouganim, head of the Blue Going Green project, said.