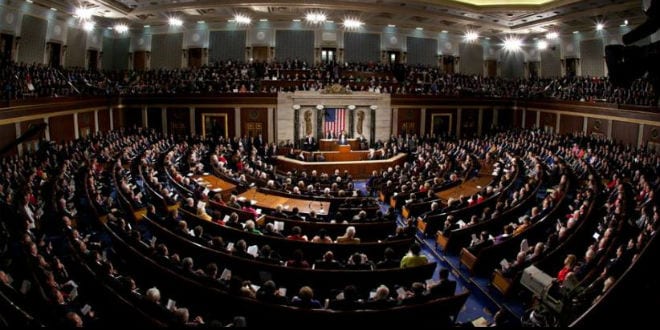 Last night, U.S. President Barack Obama delivered his annual State of the Union address to both houses of Congress. While the president’s speech focused mostly on domestic issues, Obama did touch upon two particular Middle Eastern issues that are making front page news each day.

Regarding Iran, President Obama said that “for the sake of security, we must give diplomacy a chance to succeed.” Alluding to a bill co-sponsored by Senators Robert Menendez (D- NJ) and Mark Kirk (R-IL) that seeks to impose harsher sanctions on Iran should the Islamic Republic fail to keep to the nuclear interim agreement, the president was vehement that at this point in time, he would veto any new Iran sanction bills.

“If this Congress sends me a new sanctions bill now that threatens to derail these talks, I will veto it,” the president threatened.

The newly implemented nuclear agreement between Iran and the P5+1 is viewed as a means to halt Iran’s nuclear program and decrease Iran’s supply of nuclear material that could potentially be used to create a bomb. The interim agreement, which went into effect on January 20, is being used as a time for some breathing room between negotiators to create a more permanent solution.

“As we gather here tonight, Iran has begun to eliminate its stockpile of higher levels of enriched uranium. It is not installing advanced centrifuges. Unprecedented inspections help the world verify, every day, that Iran is not building a bomb,” Obama explained.

Obama acknowledged that the negotiations are and will be “difficult” and that “they may not succeed.” However, the president remains hopeful that through negotiations, “we can peacefully achieve a goal we all share: preventing Iran from obtaining a nuclear weapon.”

Iran is one of the largest sponsors of terrorism worldwide. Obama reiterated that the United States in aware of Iran’s support of global terrorism and that negotiations “may not succeed” because of it. The president expanded on this point when he said “We are clear eyed about Iran’s support for terrorist organizations like Hezbollah, which threaten our allies; and the mistrust between nations cannot be wished away.”

President Obama also spoke about the peace process between Israel and Palestinians. The president openly declared Israel as a Jewish state, a point that the Palestinians refuse to acknowledge and that has led to numerous failures of past peace talks.

“As we speak, American diplomacy is supporting Israelis and Palestinians as they engage in difficult but necessary talks to end the conflict there; to achieve dignity and an independent state for Palestinians, and lasting peace and security for the State of Israel – a Jewish state that knows America will always be at their side,” Obama told Congress. This statement received a standing ovation from both Democrat and Republican legislatures.

Ironically enough, just last week an interview published by The New Yorker, the president said that “all three of his main initiatives in the region [Middle East] – with Iran, with Israel and the Palestinians, with Syria – the odds of completing the final treaties are less than fifty-fifty.”

Earlier this week, Israeli Prime Minister Benjamin Netanyahu spoke at a conference sponsored by the Institute for National Security Studies (INSS). Netanyahu spoke about how recognition by the Palestinians of Israel as a Jewish state is a red line in Israeli negotiations and Palestinian refusal “is the root of the conflict.”

Speaking at the same conference, Israeli Defense Minister Moshe Ya’alon said that the United States is attempting to remove itself from conflict in the Middle East and stop being the world’s policeman. Earlier this month, Ya’alon was in hot water when he called U.S. Secretary of State John Kerry “naïve and messianic” in how Kerry was conducting peace talks.

Touching upon the subject of peace with the Palestinians, Ya’alon rejected any notion of peace until Palestinians acknowledge Israel as a Jewish state and back down from the issue of Palestinian “right of return.” Ya’alon also called out Iran and the interim nuclear agreement. “Let us not be confused,” he said. “They want to obtain a nuclear umbrella for their activities and perhaps over time will use force as well.”

Watch an enhanced version of the State of the Union address: