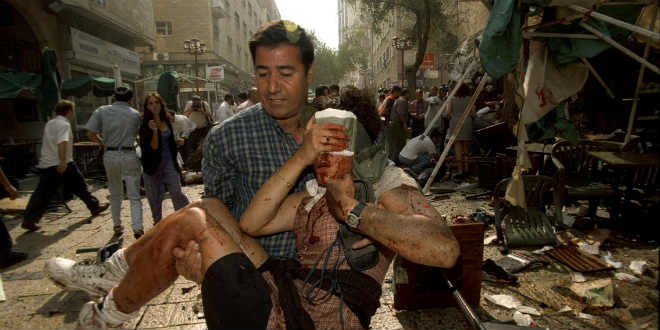 The Israeli General Security Service, also known as Shabak, has released a report this week that in 2013, there was a dramatic rise in terror attacks in Judea and Samaria, as compared to 2012. The report notes that while the number of Israelis who were killed in attacks was fewer, there were more attacks overall.

Since September 29, 2000, the day the second intifada began, according to Shabak, a total of 1,227 Israelis have been killed in terror attacks and 8,549 have been injured in attacks. In 2013, six Israelis were killed in terrorist attacks with five of the deaths occurring in Judea and Samaria. Three individuals died from knife attacks, two were shot dead by snipers, and one Israeli, IDF soldier Tomer Hazan, was strangled to death by terrorists after being kidnapped. Also this past year, the number of Israelis injured in terror attacks rose. Most of the attackers were “lone wolf types” and not active members of organized terrorist organizations. No Israelis were killed in attacks that were launched from Sinai. Terror attacks emanating from the West Bank more than doubled in 2013, from 578 in 2012 to 1,271 in 2013.

The Shabak report also points out that terrorist methods are changing as well. All types of terror attacks took place but there was a significant rise in “hot weapons” attacks that included shootings, firebomb, and grenade attacks. Terrorists are also resorting more to stone-throwing attacks on unsuspecting Israeli drivers. Overall, in 2013, 78 percent of injuries from rocket attacks were caused by stone-throwing and firebombing attacks.

However, there is some good news. The report noted a dramatic decrease in attacks originating from the Gaza Strip. For example, in 2012, there were 1,130 rocket attacks. In 2013, there were only 55 attacks. Also, according to the Shin Bet, the security service was able to prevent 190 suicide attacks in 2013 as opposed to 112 in 2012.