Arabs Use Peace to Destroy Israel Piece By Piece

Home » Arabs Use Peace to Destroy Israel Piece By Piece 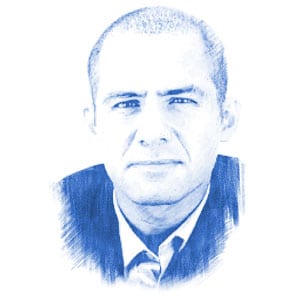 Racism and discrimination is tolerated throughout the Arab world – in governments, major corporations, and the media. Nearly the entire Arab world is judenrein, and Westerners are hesitant to travel throughout much of the Middle East. Of course, Israel is the rare diverse and liberal nation where the media is free to condemn Israel and return home to enjoy sushi, and enjoy air-conditioning and cable TV without any danger to their lives.

Hence, score Israel’s Prime Minister Benjamin Netanyahu a major public relations victory for declaring in Davos, Switzerland at the World Economic Forum that any peace deal would involve Jews remaining in their current homes in any peace deal that may be signed with the Palestinian Arabs.  In my mind, it’s a gimmick designed to show the West precisely what kind of people Israel is being pressured to negotiate with.

As the Associated Press quotes an Israeli official, “Netanyahu believes there is no reason to uproot them against their will, particularly since Arabs made up about 20 percent of Israel’s 8 million citizens.” The prime minister believes that in peace, just as Israel has an Arab minority, there is no logical reason why the Palestinian state could not contain a Jewish minority and that Jews living in Judea and Samaria would be given the option to stay.”  He added “It should not be accepted a priori that in peace the Palestinian state must be ethnically cleansed.”

Indeed, the final line is the key – ethnic cleansing won’t be allowed in any peace deal.  Using the tradition of Jewish logic, Netanyahu is correct that under “real peace,” Jews could live in “Palestine” and that to remove them from their homes would be ethnic cleansing.   And naturally, since the Arab regime seeks to destroy Israel piece by piece, the Arabs will never accept Jews in their midst.

Sure enough without fail, chief Palestinian negotiator Saeb Erekat noted, “Anyone who says he wants to keep settlers in the Palestinian state is actually saying that he doesn’t want a Palestinian state,” “No settler will be allowed to stay in the Palestinian state, not even a single one, because settlements are illegal and the presence of the settlers on the occupied lands is illegal.” And Erekat’s comments echo the words of Palestinian Authority (PA) head Mahmoud Abbas during a visit to Cairo, Egypt in the summer of 2013, when he said, “In a final resolution, we would not see the presence of a single Israeli – civilian or soldier – on our lands.” Even today, Jews aren’t permitted to live in Palestinian-Arab controlled territory, and Arabs who sell land to Jews are punished with death.

Netanyahu is right to call the bluff of the Arabs – and will have the world forced to explain why they will allow ethnic cleansing against Jews in the Land of Israel.  Strategically, the American and Europeans will not be able to explain how they can possibly tolerate proposed ethnic cleansing in the Land of Israel.  If Arabs (Christians and Muslim) can live in Israel why can’t Jews live in Palestine? There is no doubt at all that the Arabs will remain intransient extremists devoted to destroying the state of Israel through the peace process piece by piece.

What sort of “peace” is this where Jews cannot even live?

One of the earliest modern leaders of Zionism, Ze’ev Jabotinsky, whose words remain so true today, said in a 1929 essay called “Peace”: “A noisy whining is now being set up by a chorus of ‘peace seekers’ who aim to achieve (by preaching exclusively to Jews) conciliation with the Arabs. It is difficult to free oneself from a feeling of disgust. On the morrow of a slaughter so mean and so foul – let us confess our sins and ask that they not beat us again.”  Indeed, the world needs to stop focusing on Israel – and focus on the Arab world which remains devoted to harming Western interests.

As Jabotinsky said then, and it remains true today, “The Jewish people – all of us, 100 percent want peace.”  The Arabs are using this peace process as part of their continued quest to seek to destroy Israel piece by piece.