Bible on the Big Screen: Coming Soon to a Theater Near You! (Videos)

Home » Bible on the Big Screen: Coming Soon to a Theater Near You! (Videos) 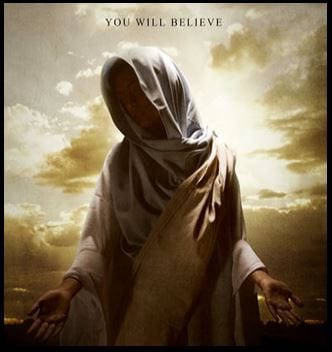 The usual themes of today’s Hollywood movies falls somewhere in the categories of “sex, drugs, and rock n’roll.” However, this coming year, a shift is taking place in mainstream movieland. Major film studios are in the midst of producing big budget films centered around a new theme – the Bible.

Russell Crowe is staring as the world’s most well known boat builder in this $150 million film. Alongside Crow, Harry Potter actress Emma Watson and Sir Anthony Hopkins also feature prominently in the film. Just by watching the preview, “Noah” is an action packed movie filled with CGI effects. It’s like you can feel the flood waters rushing in around you.

Israeli born sixteen year old Odeya Rush is set star as Mary alongside Ben Kingsley as King Herod and Julia Ormond as Mary’s cousin Elizabeth. The movie poster shows a saintly hooded Mary with the caption: “You Will Believe.” A quick synopsis of the film states “It is a part of Mary, Joseph and Jesus’s life that has not been shown on the big screen before. Under the reign of terror of Herrod the Great and, against all odds, they survive as young parents in one of the most treacherous times in history.” “Life of Pi” director and Oscar winner Ang Lee takes on this Moses biopic. The movie tells the story of Moses from his adoption in infancy all the way through the experience of the ten plagues.

The ten plagues will come alive this year with Sir Ridley Scott’s retelling of the famous Passover story. Batman himself, Christian Bale, will play Moses alongside Sigourney Weaver (Pharaoh’s wife) and Aaron Paul from “Breaking Bad.” Many of the scenes of ancient Egypt were reconstructed in southern Spain. If the music is any indication, this will be one of the best movies of the year.

Hollywood rumors are floating around that Will Smith is planning a film based on the story of Cain and Abel while Brad Pitt is playing Pontius Pilate in an unnamed project.

Phil Cooke, a film maker and media consultant to Christian organizations, told the Telegraph: “What’s happened is they’ve [Hollywood] understood it’s very good business to take Christians seriously, and this is a real serious market…It [Hollywood] has finally realized that there are 91 million evangelical Christians in America.”

Cooke went on to explain that shows like the History Channel’s mini-series The Bible, “made the Bible cool to talk about again.” With an average of 11.4 million viewers, The Bible was America’s most watched cable show of 2013.

Picking up on the success of The Bible, NBC is premiering a new television show called Kings. With a slogan of “One will rise. One will fall,” Kings combines the story of David and Saul with a futuristic world of kingdoms and wars.

Hollywood’s newest craze over stories from the Old and New Testament can only mean one thing – more people around the world will now become more aware of the awesome lessons the Bible can teach humankind.