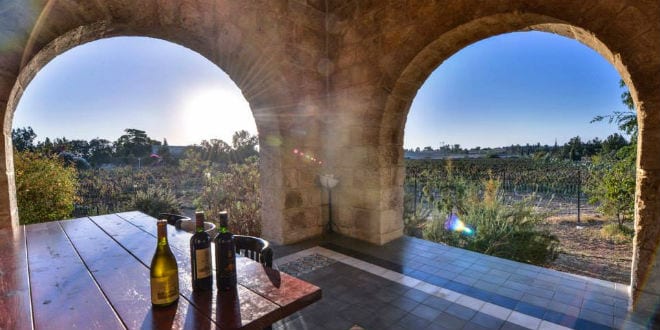 Israeli wines have typically been stigmatized as poor, kosher products for ritual use.  Export trends, however, show this perception is changing, and Israel’s ever-growing wine industry is reaping the benefits.  In 2013, according to the Israel Export and International Cooperation Institute (IEICI), Israeli wine exports reached $34.7 million. That’s a 20% increase from 2012, and more than an 80% increase from 2009.

Last week, Tel Aviv hosted the country’s largest annual wine exhibition, Sommelier, an event open to professionals only, designed to start off the new year with new ideas for the food services industry.  This was Sommelier’s tenth anniversary, and the offerings were more impressive than ever.

Avi Ben Ami, who runs the Sommelier exhibition, told The Jerusalem Post, “[The wineries are] trying to innovate and interest the audience, whether from the standpoint of new blends, new varietals that are less available, or other ways.

“Creating just another Cabernet or Merlot makes it harder to compete.”

The Sommelier exhibition is unique.  In addition to wines, producers display a variety of related offerings, including liquors, eau de vines (grappa) and alcoholic ciders.

“There aren’t rules anymore. The Italians, the French, they have so many restrictions. In Israel we do whatever we want, we change things up,” said Efrat Kabilo, a representative with wine marketer Bordeaux Israel.

Moshe Rozen, the sommelier for the Mul Yam restaurant, attributes at least part of the industry’s growth to the Israeli consumer’s increased willingness to pay more for a good bottle.  As a result, he says, “You can’t even compare the variety of wines you have today to what was on the market three or four years ago.”

As for exports, “We are starting to get out of the kosher market, exporting to significant markets like Poland and Asia,” said Yaara Shimoni, the IEICI’s wine and fresh produce manager.

“Because of the impressive rise in exports, I think it’s clear that people are starting to see Israel as a market beyond just kosher,” she added.

Meanwhile, Israel’s Psagot winery recently won recognition at an international wine competition in France.  The winery, established in 2003 by Naama and Yaakov Berg in the Binyamin region outside Jerusalem, entered eight boutique varieties in the competition, all of which placed within the top three in their respective categories.  Psagot’s red wines, Prat and Shiraz, were awarded gold stars as well as the Judges’ Favorite Award.

“We sent all our wines to the competition and they all received awards,” Yaakov Berg told Tazpit News Agency.

No stranger to success, Psagot winery has won 15 other local and international awards for its wines since 2006.

“This recent win is special because it shows the world what the land of Israel is made of. Two-thousand years ago, our people produced good wines in the same region, and now we are back home doing the same,” concludes Berg.

Editor: If you are interested in tasting some of the delicious wines Israel has to offer, premiere Israeli wines can be sent straight to your door.