Christian Arabs to be Favored Over Muslim Arabs in New Legislation 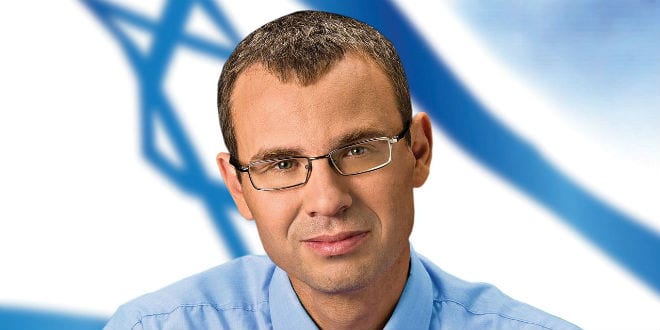 Coalition Whip MK Yariv Levin (Likud) is set to propose a series of bills in the Israeli Knesset that would legally favor Israeli Christian citizens over Muslims. Over the last several years, the Christian Arab community in Israel has been making strides in differentiating themselves from the Muslim Arab population. Levin told Maariv: “My legislation will award separate representation and a separate frame of reference to the Christian public, distinguishing them from Muslim Arabs.”

One of the bills would allow Christian Arabs to choose “Christian” as their nationality on ID cards. This would officially distinguish Christian Arabs from other Arabs. Levin emphasized the need to “not refer to them [Christian Arabs] as Arabs, because they’re not Arabs.” This new law would help to increase employment opportunities among the Christian Arab community and ensure legal equality in hiring practices.

Levin’s legislation also calls for the creation of preferential financial benefits for Christians. When it comes to voting, Christians will become a separate electoral sector in the municipalities they live in.

Over the last several decades, Christian Arabs have been pushed out of their neighborhoods by Muslims. This trend has been on the rise especially in areas controlled by the Palestinian Authority. The attitudes of young Christian Arabs regarding their political, civic, and ethnic identity have shifted over the years so much that there has been a rise of Israeli Christian Arabs volunteering in the IDF and severing any Arab identification.

According to Maariv, Levin’s main impetus to introduce this series of bills are the recent comments by Foreign Minister Avigdor Lieberman regarding territorial swaps. Levin opposes Lieberman’s plan in that it recognizes potential for a future Palestinian state and that some 160,000 Christian Arabs living in Israel will be affected.

Commenting on Lieberman’s plan, Levin said the plan “has exposed the hypocrisy of Muslim Arabs living in Israel. On one hand they’re attacking Israel the terrible apartheid state and yearn for a Palestinian state; and on the other they refuse to live in this Palestinian state themselves, delegating only the Arabs of Judea and Samaria to live under PA rule. It’s shameful.”

Levin hopes the bills can help fortify the relationship between Jews and Christians in Israel: “This is an important, historic step that could introduce balance to the State of Israel, and connect us [Jews] with the Christians.”