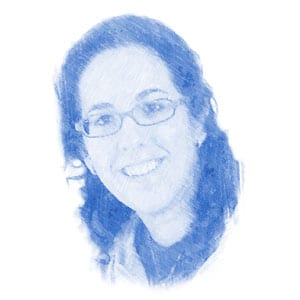 If I could assign an image of the peace process between Israel and the Palestinians it would have to be a hamster in a hamster wheel. Just picture a poor little hamster, spending all this time and copious amounts of energy running. But to where? The answer is nowhere. Israel is the hamster, running around in circles, trying to make gains in a seemingly impossible situation. It tries to meet the demands of the international community, running around trying to appease its biggest supporters. However, where is all this running leading Israel?

Secretary of State John Kerry is arriving in Israel today to resume peace talks between the Israelis and Palestinians. I say John Kerry is wasting his time. This week, Israel released 26 Palestinian terrorists as a sign of good will towards the Palestinians to further positive relations between the two sides. Many in Israel were outraged over the release of these murderers who are considered heroes in their hometowns. Why should Israel set free men who killed in cold blood in the name of extremist religious beliefs and a deep hatred of Jews and Zionists ? Especially in the wake of the recent wave of terrorist events, such as the stabbing of an Israeli policeman, what have the Palestinians brought to the table other than violence?

I never understood how it is possible to negotiate peace with a partner that openly calls for the destruction of the State of Israel and the total annihilation of the Jewish people. This is not fiction. These points are written in the charters of various Palestinian organizations. There is no arguing with fact. While I applaud the United States for their good intentions, there is a complete double standard that the United States imposes on Israel. The United States commands Israel to make peace with the Palestinians. I don’t see the U.S. trying to make peace with Al Qaeda. If anything, quite the opposite. Guns blazing, the U.S. has been at war with terrorism for the last 12 years and has yet to sit down at the negotiating table with those individuals who are trying to bring down the U.S.

Israel needs to grow up. It needs to stop running around in circles and cowing under the first sign of intimidation from others. The one sided concessions Israel always seem to be giving only weakens Israel’s position at the bargaining table. The more Israel gives the Palestinians, the more the Palestinians will demand. Israel has stated that it cannot agree to peace until it is recognized as a legitimate state by the Palestinians.

Let’s be honest – this will never happen unless there is some kind of miraculous Godly intervention. Last year, Israeli Finance Minister Yair Lapid said: “I don’t feel we need a declaration from the Palestinians that they recognize Israel as a Jewish state. My father [former Justice Minister Yosef Lapid] didn’t come to Haifa from the Budapest ghetto to get recognition from Mahmoud Abbas. The whole concept of the State of Israel is that we recognize ourselves. After 2,000 years of being dependent on other people, we are independent and make our own rules now.”

Netanyahu needs to take a major clue from Lapid and stop giving away the integrity and credibility of the State of Israel by negotiating with terrorists. The impossible is still impossible. Instead of running around in a complete circle with absolutely no direction, Israel needs to look ahead and walk towards the horizon of its future – a future where Israel can hold its head up high and stand firm in the conviction that peace with terrorist murderers will lead to nowhere.