Undo the Bands of the Yoke: Life and freedom in the Land of Israel

Home » Undo the Bands of the Yoke: Life and freedom in the Land of Israel 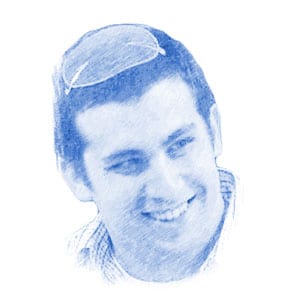 Is not this the fast that I have chosen? to loose the fetters of wickedness, to undo the bands of the yoke, and to let the oppressed go free, and that ye break every yoke? Is it not to deal thy bread to the hungry, and that thou bring the poor that are cast out to thy house? when thou seest the naked, that thou cover him, and that thou hide not thyself from thine own flesh? (Isaiah 58:6-7)

For the past few weeks Washington Times Communities columnist Joseph Cotto has inexplicably chosen to interview and print the words of radical anti-Israel journalist Max Blumenthal. Despite appropriating the proper quotation marks, Cotto regurgitates Blumenthal’s wildly misleading statements as fact. Cotto does not offer even a paragraph in the form of rebuttal, which is certainly his prerogative, but a rebuttal is desperately needed.

Unopposed, a number of incorrect premises and assertions made by Blumenthal may be accepted by readers who are not as knowledgeable about the Jewish state.

There are many statements Cotto has cited Blumenthal as making, none of them original and all of them worthy of rebuttal. This includes his insistence that “Many of the Palestinian suicide bombers during the Second Intifada had witnessed the destruction of their homes as children and suffered from Continuous Traumatic Stress Disorder (CTSD).” This, despite the fact that if you were to call the University of Pennsylvania to inquire as to when they added a PHD in psychology to their B.A in History track you would be met with dumbfounded silence. However, for the sake of brevity and clarity let us focus on the most recent of Cotto’s columns, “Max Blumenthal on destruction and discrimination in modern Israel”.

In this piece, Blumenthal takes aim at the level of freedom Israel provides its citizens. Considering the fact that the following quote is not just the summation of the article, but the meta-description as well, let us begin at the end. Cotto closes his recounting of Blumenthal’s anti-Israel rant with the unbelievably inaccurate declaration that “For non-Orthodox Jews, Israel remains the least free society in the Western world.”

This is wrong for so many reasons. Just focusing on Western societies, it is clear Israel, in general, is one of the most free and open societies, and specifically in regard to its secular population. Israel has allowed out-of-the-closet homosexuals to serve in the IDF years before “Don’t Ask, Don’t Tell” was repealed. Supermarkets in Tel Aviv sell pork. Religious and secular shop daily at the same supermarket, work in the same office together and eat at the same restaurants. No one is forced to stand in a separate line or use a different bathroom. There are, of course, elements of ultra-Orthodox extremism, which is prevalent due to freedoms that a Western country operates upon, who attempt to harass the National Religious as well as the secular populations of Israel, but they are a small minority and certainly not exclusive to Israel.

When Sarah Palin compares ObamaCare to slavery, a term the African-American community does not have a monopoly on, CNN anchor Martin Bashir suggested someone defecate in her mouth and urinate in her eyes. Blumenthal compares the life of the Israeli secular to that of a segregated African-American and Cotto prints his words as gospel. Where is the balance?

Additionally, Israel’s tolerance for the Muslim religion is unparalleled despite what the mainstream media would have the world believe. What percentage of the American government is Muslim? How many anti-American Islamic senators sit in the Capitol Building every day and legislate? How may Muezzins blast the daily prayers of Islam throughout the land of the free and home of the brave?

Cotto also has no qualms with reprinting absolute fallacies. In attempting to blame Palestinian extremism on Israel’s embrace of religion Blumenthal lies, “It is important to note that the United States has sustained and defended these policies, implicating it in the occupation of Palestine, and inspiring a deep wellspring of anger, not only among Muslims, but among people across the world. It is also important to note that militant groups in Palestine are byproducts of Palestinian dispossession, but that groups like Hamas and Palestinian Islamic Jihad have not expressed any intention to attack American assets.”

Aside from this point having absolutely nothing to do with the alleged discrimination of secular Israelis, it must be assumed that this quote was placed in the article by Cotto for comic relief. Do Blumenthal or Cotto honestly think Hamas and the Islamic Jihad Movement hold no animosity towards America? The video below is just one of hundreds of examples of Hamas’s hate for the USA:

Why print this idiocy?

Finally, of all the egregious falsehoods this moronic manifesto contains, none is more off-base then the assertion that ““as a state that defines itself in opposition to its Arab neighbors, and which supports policies that destabilize and weaken them, often at the behest of the United States, Israel has helped drive trends of radicalization in the Arab world while immiserating the millions of Palestinians living under its control.”

Israel never has and never will define itself in opposition to its Arab neighbors. To nearly a person, from Orthodox to secular, if an Israeli is asked to define Israel it is simply described as the eternal homeland of the Jewish people. Yes their Arab neighbors are horrible oppressive nations. Yes Arabs are treated far better in Israel than they are in their own countries. But if Egypt, Syria, Lebanon and all the rest of Israel’s radical Islamic neighbors were to magically adopt democracy tomorrow, Israel’s essence would not change.

History has shown that when propaganda is met with silence tragedy ensures. Blumenthal’s agenda must not go unchallenged. If integrity and the well-being of the free world are of any importance to you, than it is imperative that you join this column in sincerely requesting that Joseph Cotto cease lending credibility to the deceitful and ignorant Max Blumenthal.