Israel Dismayed At Tepid US Response To Khamenei Screed

Home » Israel Dismayed At Tepid US Response To Khamenei Screed 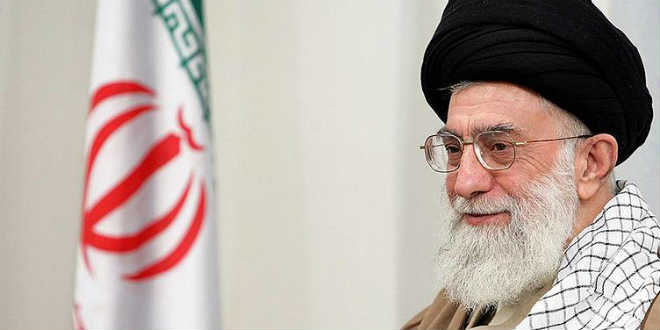 Let the lying lips be dumb, which speak arrogantly against the righteous, with pride and contempt. (Psalms 31:19)

In a speech delivered to an assembly of tens of thousands of Basij militiamen Khamenei declared that Israel was doomed to fail and characterized the “Zionist regime” as the “sinister, unclean rabid dog of the region.” He also said Israelis “cannot be called human beings.” Footage of the event showed the crowd shouting “Death to America” and “Death to Israel.”

At a meeting Thursday morning with Jewish leaders in Moscow, Prime Minister Benjamin Netanyahu said today’s Iran reminded him “of the dark regimes of the past that plotted against us first and then against all of humanity,” and thus had to prevented from attaining nuclear weapons. “The real Iran is what the leader of Iran, Khamenei, said yesterday,” said Netanyahu. “He called Jews ‘rabid dogs’ and said that they were not human. The public responded to him with calls of ‘Death to America! Death to Israel!’ Doesn’t this sound familiar to you? This is the real Iran! We are not confused,” said Netanyahu.

The Ayatollah’s speech came just hours before negotiations between the P5+1 and Iran were set to resume in Geneva.

According to the Jerusalem Post, US ambassador to the United Nations Samantha Power, in an interview with CNN, Power said the remarks were “abhorrent.”

Earlier in the day, US Secretary of State John Kerry told the Senate Foreign Relations Committee that “obviously we disagree with [Khamenei’s statements] profoundly. It’s inflammatory and it’s unnecessary, and I think at this moment, when we are trying to negotiate and figure out what can and can’t be achieved, the last thing we need are names back and forth,” Kerry said.