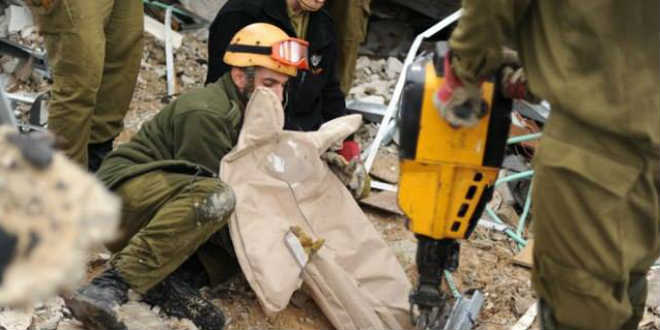 Israel’s large Filipino community, most in the country as foreign workers, has begun collecting funds to help with aid to their home country after it was hit by Typhoon Haiyan leaving up to 10,000 dead and 800,000 displaced, according to the Jerusalem Post. The money donated will go towards helping the victims as well as searching for missing loved ones.

Filipino-owned markets, travel agencies and even the central bus station in Tel Aviv, one of the main gathering spots for Fillipinos in Israel, set up donation boxes. Choking back tears, Filipino foreign worker and Tacloban City native Emma Fernanda told The Jerusalem Post on Tuesday that she has still not been able to reach her husband, Nelson, after five days of silence in which he hasn’t answered his phone or emails. She’s spent much of the past few days glued to her computer, searching databases of survivors for his name, to no avail, she said.

“I told my son John Michael everything is OK,” she said. “I don’t know if it’s true, but I want to be strong for him.”

Fernanda said she has lived in Israel for 18 years, and her 14-year-old son John Michael was born in the country not long before her husband returned to the Philippines in 2003. She lives in Tel Aviv’s Yemenite Quarter and has in-laws in Arad who are also looking for family members, including her mother-in-law and her sister-in-law and her children.

She said her friends have been supportive, offering kind words and encouraging her to pray for her husband’s safe return, while her son, she said, tried to send NIS 50 to the relief efforts.

“I saw him watching the news on TV, and he cries because so many people have died,” she said. “I told him not to worry, your daddy is OK.”

Philippine Ambassador to Israel Generoso D.G. Calonge expressed appreciation on Tuesday for the assistance Israel has offered to his storm-ravaged country, saying it made him “so happy.”

“I can’t describe the feeling right now… that my host country cares about our stricken people,” he told The Jerusalem Post. “I hope the people of Israel will maintain their attitude of people who are stricken with this crisis and who are on the losing end of natural disasters.

The IDF, Foreign Ministry and Israeli and Jewish humanitarian organizations are sending aid workers to the Philippines to provide rescue and relief efforts in the wake of the super-typhoon.

In a letter to Philippine President Benigno Aquino III on Sunday, Prime Minister Binyamin Netanyahu extended his “heartfelt condolences” to the victims of the “horrific typhoon” and guaranteed Israel’s “assistance to alleviate the suffering.”

On Tuesday, Israeli Ambassador to the UN Ron Prosor said Israel was supporting the Philippines “not only in words but also in actions.”

In a statement, Prosor said the IDF was sending two Boeing 747’s with 234 Israeli doctors, nurses and paramedics, as well as equipment to set up a state-of-the-art mobile hospital, to the Philippines on Wednesday. Heading the mission will be Col. Ramtin Sabati, who commands the National Rescue Unit, and will also include deputy Medical Corps chief Col. Dudu Dagan, who will act as commander of the field hospital.