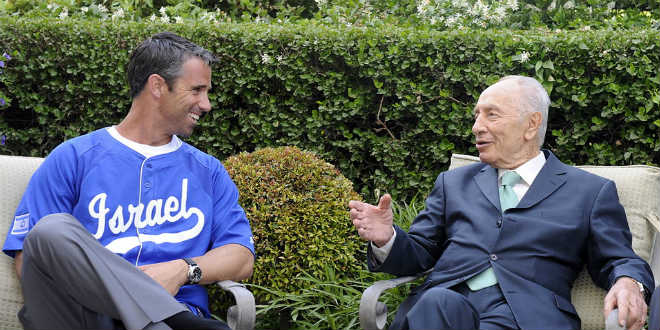 Former gold glove catcher and, more recently, manager of the Israel National Baseball Team, Brad Ausmus has been tapped as the manager of the Detroit Tigers.

“We knew that even though he’d never had any managerial experience, he’d go and be a major league manager,” said Nate Fish, the bullpen catcher for an Israeli squad that came up short in its bid for the World Baseball Classic. “The overall chemistry was at a very, very high level, and Brad was very professional. He created a very good environment in the clubhouse.”

Fish and the others proved prophetic: Ausmus, 44, was introduced Sunday as the manager of the Detroit Tigers, succeeding Jim Leyland.

“I’m very excited about the opportunity to manage the Tigers. This is a very good team, and new managers rarely are handed the reins,” said Ausmus this week to the Times of Israel.

Israel lost to Spain in a 10-inning elimination game after winning their first two matchups of the WBC qualifier.

“Brad did a great job of managing the entire tournament, especially the [elimination] loss, which he handled with dignity and class,” said Gabe Kapler, who coached for Team Israel alongside Ausmus, his former Tigers teammate, and now a Tampa Bay Rays consultant.

Ausmus was so refined in his attention to detail, said Peter Kurz, president of the Israel Association of Baseball, that the team practiced keeping on its caps for the playing of “Hatikvah,’ the Israeli national anthem, following Israeli custom.

His work not only before but during the WBC qualifying “made our team legitimate,” Kurz said. The experience apparently assured Ausmus that his post-playing career inclination was accurate.

“He told me he felt that he was not just the manager, but the general manager — that it was a lot of fun choosing his own players. It gave him the feeling he could do it,” Kurz said.

“Peres is an impressive man. I get the feeling he could slide in to any situation with people of any background and make them feel comfortable,” Ausmus told the Times of Israel last year.

“The opportunity to lead the team struck him as fun and also novel,” Shapiro said of his conversation with Ausmus, who wracked up 1,579 hits — fifth among Jewish players — while playing for four teams in the majors.

Ausmus has stayed in touch with his Team Israel players. He helped pitcher Alon Leichman deal with some mound struggles at California’s Cypress College and wrote letters of recommendation on his behalf when Leichman was transferring to the University of California, San Diego.

“It meant so much that … he really helped me,” said Leichman, one of three Israel-born players on the team – he was raised on Kibbutz Gezer – and now a pitcher at UCSD. “He owed me nothing, so I’m really humbled by it.”