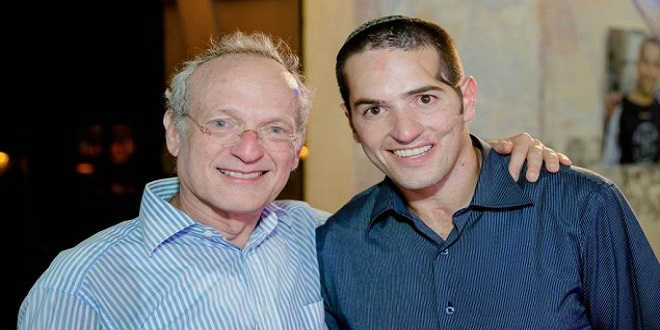 Though he fall, he shall not be utterly cast down; for the LORD upholdeth his hand. (Psalms 37:24)

27 year old Aharon Karov completed the New York City marathon in 4:14:31, but that is far from the only remarkable start about his story.

In December of 2008 Karov married his wife Tzvia. The very next morning Karov, a platoon commander and 2nd Lt. in the IDF’s paratrooper unit, received a call from ihs commander letting him know that Israel was to go to war in Gaza and his services would be needed.

According to Jewish and military law, a groom must only go to war on his wedding day for a milkhemet hova, a divinely ordained obligatory war. The operation in Gaza “was not one,” Karov recounted.

However, after long talks with his new wife, Karov decided to go to Gaza.

“In Israel, if there is a war, everyone goes because there a collectivity, a community. It was clear to me, to both of us, that I had to go,” said Karov, who had studied in a yeshiva in Netzarim, one of the communities destroyed in the 2005 Disengagement from Gaza.

Karov was a platoon commander for 30 soldiers whom he had trained throughout their army service. “I couldn’t send my men without me.”

Two weeks after his wedding, while sweeping a group of buildings for explosives Karov tripped a booby trap. The building collapsed on top of him. His men rushed to remove his body from the rubble. One EMT even pronounced him dead. Then, feeling a faint pulse and realizing that he was not, an EMT made an incision in Karov’s throat to ensure he would keep breathing. But with eight pieces of shrapnel in his head, all of his teeth knocked out, his nose dislodged, his left eye dismembered, and his stomach and upper left side of his body completely crushed, the prospects of his survival looked grim.

Five years later and in good spirits, Karov noted, “With my good luck, it [the blast] only hit me and not the soldiers with me.”

Karov ran the New York City marathon Sunday. The money he raised, just over $40,000, will be going directly to OneFamily Fund, an organization which supports victims of terror and their families.

“To get to where I am despite all the hardships I went through, for me it’s a miracle and Divine Providence.”