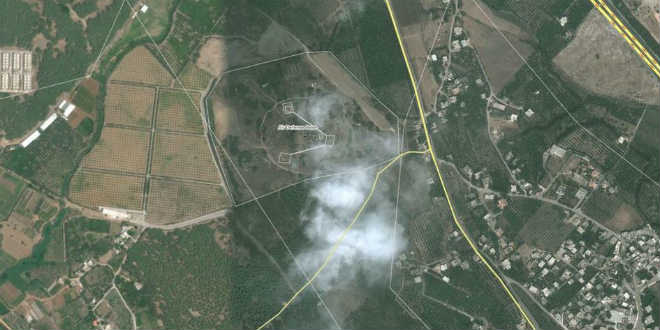 He that goeth about as a talebearer revealeth secrets; but he that is of a faithful spirit concealeth a matter. (Proverbs 11:13)

Israeli officials are enraged with the White House for confirming a report that the Israeli Air Force had been responsible for a strike on a military base in Syria on Wednesday, according to The Times of Israel.

While Israel had remained silent following accusations that they had carried out the attack which hit weaponry headed for Hezbollah, an Obama administration official told CNN on Thursday that Israeli warplanes had indeed attacked the Syrian base, and that the target was “missiles and related equipment” set for delivery to Hezbollah in Lebanon.

Israel’s Channel 10 TV on Friday night quoted Israeli officials branding the American leak as “scandalous.” For Israel’s ally to be acting in this way was “unthinkable,” the officials were quoted as saying.

A second TV report, on Israel’s Channel 2, said the leak “came directly from the White House,” and noted that “this is not the first time” that the administration has compromised Israel by leaking information on such Israeli Air Force raids on Syrian targets.

It said some previous leaks were believed to have come from the Pentagon, and that consideration had been given at one point to establishing a panel to investigate the sources.

Daniel noted that by keeping silent on whether it carried out such attacks, Israel was maintaining plausible deniability, so that Syria’s President Bashar Assad did not feel pressured to respond to the attacks.

But the US leaks “are pushing Assad closer to the point where he can’t swallow these attacks, and will respond.” This in turn would inevitably draw further Israeli action, Daniel posited, and added bitterly: “Then perhaps the US will clap its hands because it will have started a very major flare-up.”