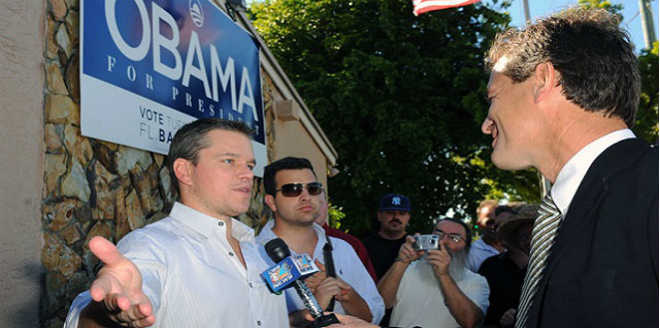 Then shall the cities of Judah and the inhabitants of Jerusalem go and cry unto the gods unto whom they offer; but they shall not save them at all in the time of their trouble. (Jeremiah 11:12)

A young child in the schoolyard knows that to respond to an ignorant comment from an ignorant person only gives the ignoramus credibility her or she does not deserve.

Last night Rihanna took the stage in Tel Aviv for a much anticipated concert and managed to infuriate Israelis everywhere. However, the people of the Jewish State were not angry over the pop star’s hour-late arrival on stage nor her woefully brief hour-long stay on said stage, although she did not win many over with that stunt either. The real controversy began when a number of concert-goers claimed that Rihanna switched out the lyrics to her song “Pour It Up” to support ‘Palestine.’

The alleged lyric swap took place at around the 8:00 mark[/box]

Haaretz reporter Amy Klein wrote the next day, ““In ‘Pour it Up’ instead of ‘All I see is signs / All I see is dollar signs,’ she subbed in ‘All I see is Palestine.’” Another point of contention was fan accusations that Rihanna refused to say “Israel” on stage, only referring to Tel Aviv.  A Twitter war erupted soon after. Thousands of pro-Israel pro-Rihanna fans were quick to point out that when the diva posted pictures of her trip on Instagram she included the hash tag “#Israel”. Jerusalem Post reporter Lahav Harkov tweeted:

If every newspaper in the country sent ppl to the @rihanna concert & only Haaretz heard a pro-Palestinian comment, it probably didn’t happen

In Israel and the US, the Rihanna story garnered far more coverage than the six terrorist attacks carried out by Palestinian murderers in Judea and Samaria over the past month.

Matt Damon has been an outspoken liberal zealot on all things political since Good Will Hunting hit the silver screen. He has railed against Sarah Palin, George W. Bush and a number of conservative causes with blanket media coverage and zero accountability for his words. His slanted views have been published by the press a great deal more than the objections to liberal politicking by radio host and doctor of constitutional law Mark Levin despite his academic credentials.

During the Bush presidency a large number of punk rock groups banded together to release two volumes of a CD/DVD album called “Rock Against Bush”. Green Day ended every song at their concert with a booming “f**k Bush” cry to raucous applause. These proponents of counterculture morays and contrarian proclivities communicated better with the world’s younger population than any formal source of news and information.

Rihanna’s music is catchy, Matt Damon’s movies are often brilliant and punk rock bands are great for getting pumped up. Despite these accolades, however, they are not elected officials and they are not authorities on politics and governance.

So why does society keep treating them like they are?

The usage of high-profile celebrities to make political arguments is hardly new, yet with social media, their influence has soared to horrifyingly new heights.

Perhaps the problem begins at the top. According to Time Magazine, President Obama has asked celebrities to tweet supportive messages about the now infamous ObamaCare. He is also paying te NFL’s Steelers and Ravens $130,000 to promote the mandatory “tax”. The Obama White House has decided that instead of having the politicians who wrote the bill and the doctors who understand its ramifications best, John Legend and his buddies should be the voices American looks to for guidance as long as he ends his tweets with #getcovered.

F the shutdown. The Health Insurance Marketplace is now open in every state. Don’t wait another day to #GetCovered! https://t.co/LTfvyg1FIR

Attackers of conservatives for similar tactics, such as Clint Eastwood’s famous ‘empty chair’ RNC speech should take note that Eastwood does in fact have a political background, serving as a mayor of a California town in addition to sitting on various state commissions on parks and the film industry.