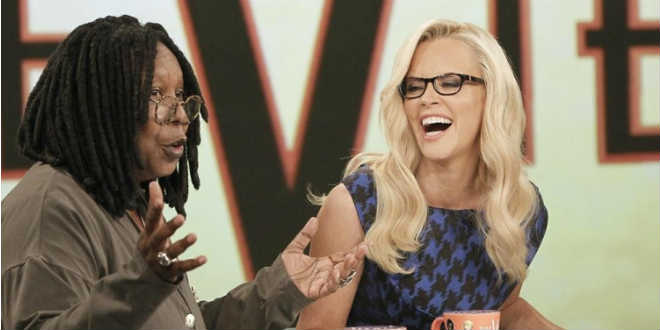 For the mouth of the wicked and the mouth of deceit have they opened against me; they have spoken unto me with a lying tongue. They compassed me about also with words of hatred, and fought against me without a cause.(Psalms 109:2-3)

Last week, this column posed, and supported with academic proof and current events, the concept that Islamic culture holds a certain predilection towards death-worship, especially among the radical Islamic community. The column, entitled, “To Death! How Israelis love life and Palestinians love death”, was met with general agreement aside from a select few liberal zealots who proposed that the column was racist and even aimed to incite genocide.

The insinuation that the column was an attempt to bring about the mass-murdering of an entire race is absurd in its own right. “Being friends” with Palestinians does not give one the authority to declare the author an aspirational serial killer, nor does it give one carte blanch over the conversation over Islamic society as a whole. However, the racism charge is further laughable when one takes a snapshot of what took place last few weeks with regard to race, society and the age of political correctness.

For the past few the weeks American society has been embroiled in a heated debate over whether or not to change the name of the NFL’s Washington Redskins because it was offensive to Native Americans. Even President Obama, with seemingly nothing else to do, felt he should weigh in on the matter. Obama said the name ‘Redskins’ is racist and insults the American Indian community. He called on the owner of the team to change the name, adding “if it had a storied history that was offending a sizeable group of people, I’d think about changing it.”

Thus far the back-and-forth has yielded very few results aside from this hilarious tweet from Brian Sussman:

Just in: the Washington Redskins are thinking of changing their name because “Washington” is too embarrassing.

Never mind, as Glenn Beck points out, that according to the Annenberg Public Policy Center, 90% of Native Americans do not find the name offensive and that it should not be changed. Beck further elucidated that American schools with student bodies that are majority Native American adopt these names and mascots as well as a badge of honor and homage to his or her heritage. These facts can never impede the bleeding-heart liberal who needs a constant outlet for their PC guilt-mongering.

The Native American cause is just the latest in a long line of ethnicities the left has decide to ‘stand up for’ whether or not the people of that ethnicity care for their help. This includes the unending insistence that any Republican that disagrees with President Obama is either a latent or overt racist. Liberalism has become one of the most divisive tools in our society.

Contrast these liberal call to arms with what has taken place in the past few weeks with regard to Anti-Semitism.

No one cares what Miley Cyrus has to say. Her offensive comment that, “it can’t be like this 70-year-old Jewish man that doesn’t leave his desk all day, telling me what the clubs want to hear,” barley warrants a response. What IS worth illuminating, however, is the horrifying follow-up to the wayward former child star and current twerking-pro’s comment by liberal all-stars.

On the daytime television talk show, The View, Miley’s anti-Semitic comments were not met with the same outrage as the Washington Redskin’s mascot. Instead, Jenny McCarthy said “I would always trust any Jew ‘cuz they know how to make money.” After Barbra Walters told her that those comments were offensive, McCarthy refused to apologize and continued to make slurs against Jews. Guest co-host, singer Gavin DeGraw, defended Cyrus, saying that her comments about Jews were Cyrus’ way of “being rebellious.” In response to DeGraw’s defense of Cyrus’ dissing of the Jews, Jenny McCarthy responded, “Well, you won’t be hosting the Shabbat telethon anytime soon” and then started laughing.

However, the African Americans on the show, the people one would think could identify and sympathize most with facing racial discrimination, made sure to one-up their co-hosts. Whoopi Goldberg said the only issue with Miley’s comment was that it was “a few decades late.” Goldberg said that about four decades ago, Jews controlled the music industry. Sherri Shepard supported Goldberg by claiming that six out of eleven top executives of record companies are Jews.

Where is the righteous indignation from the liberal community? Why is this not equal to the racism suffered by Native Americans, African Americans or Muslims?

Sadly, the Western world is not just turning a blind eye to American anti-Semitism but has either chosen to ignore or endorse Muslim anti-Semitism as well. In an op-ed in the New York Times titled, “How Palestinian Hate Prevents Peace” Israeli Strategic Affairs Minister Yuval Steinitz delineates how anti-Israel and anti-Semitic themes in Palestinian culture serve as one of the most prominent obstacles to the peace process (oddly, this sounds eerily similar to the ideas expressed in last week’s column). Steinitz pointed out that “just after returning from his U.N. speech, Mr. Abbas cleared time to host the celebrated Egyptian poet Hisham al-Gakh, author of a famous hit proclaiming that ‘our enemy is the fork-tailed Zionist devil.’ That evening, Mr. al-Gakh had an opportunity to recite his ‘lovely’ song upon receiving an award from the Palestinian minister of culture.”

He also noted that “in July, the program ‘Palestine This Morning’ featured two sisters reciting a poem referring to ‘sons of Zion’ as‘barbaric monkeys’ and ‘wretched pigs.’ Steinitz, a former left-wing supporter of the ‘Peace Now’ movement, concluded “The fact that this anti-Israeli and anti-Semitic indoctrination persists, despite the much-touted relaunch of Israeli-Palestinian peace negotiations, constitutes a huge obstacle on the road to peace. It should have disappeared 20 years ago, as a result of a clear Palestinian commitment to end all forms of incitement included in the Oslo Accords. And until it ends, the current round of talks cannot hope to reach a successful outcome.”

Shockingly, the editorial has not been highlighted by any major media outlets or politicians involved in the peace negotiations. The liberal community is not calling for a boycott of the anti-Semitic Palestinian sector.

This is not uncommon at all according to Dr. Neil J. Kressel, author of “The Sons of Pigs and Apes”: Muslim Anti-Semitism and the Conspiracy of Silence” and Director of the honors program of the social sciences at William Paterson University. Dr. Kressel, when recently interviewed for an English radio show in Israel, explained, “in my view Muslim anti-Semitism is a topic which not only is ignored, but it’s a topic that when you mention it, people immediately attempt to delegitimize you for talking about it.”

“Then they come up with 100 different way to explain why what you think is bigotry really isn’t bigotry,” Kressel added. The media has been intentionally ignoring this issue to push their left-wing agenda Kressel insists, himself a self-described “liberal who is concerned about bigotry”. When Muslim bigotry is brought up, Kressel notes, “what happens is they go on to talk about something else, and the issue is ignored…and when I look at what other people who are concerned about bigotry are talking about, they don’t want to talk about this, they deny it.

Dr. Kressel, like Stienitz, concluded, “if Western liberalism is serious about any of its values, it has to also be serious about Muslim anti-Semitism.”

Thus, it must be asked again why anti-Semitism, be it from Muslims, Christians or Jews themselves, does not deserve the great defense of the liberal community?

Jews who are determined to fight for every cause but their own are suffering from as much of an identity crisis as headline-darling Miley. When the President of the United States takes time out of his allegedly busy schedule to champion Native American rights but remains silent as popular television programs perpetuate the Protocols of the Elders of Zion he is complicit in the damage. And when a liberal decides to white wash the reality of Islam’s tendencies towards violence, death and hate yet remain as silent as the night when Muslims around the world slander the Jews they are not the defenders of human rights they believe themselves to be, they are simply mindless drones that make the world a darker place.