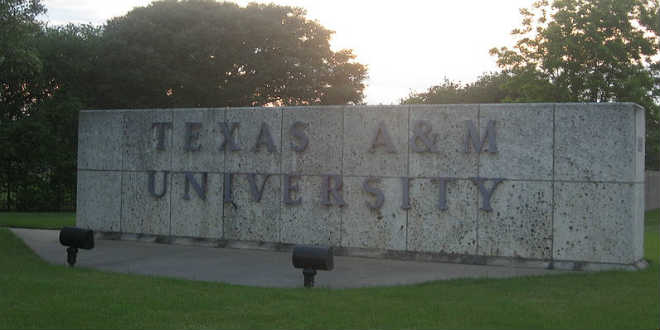 Teach me good discernment and knowledge; for I have believed in Thy commandments. (Psalms 119:66)

Texas A&M, a top-tier American university, has announced its intentions to build a satellite campus in the Israeli city of Nazareth, according to The Times of Israel. The offshoot is intended to a “peace campus” built in Israel’s largest Arab city. It will be the first time a major American university established a physical presences in the Holy Land.

The project, which is expected to cost upwards of $70 million already has a location designated by the Nazareth municipality. The school intends to be open by October of 2015. It has not yet been announced which study tracks will be offered.

President Shimon Peres and Texas Governor Rick Perry were scheduled to sign a Memorandum of Understanding for the creation of the campus on Wednesday morning.

“This is the first time that one of the world’s leading research universities opens an academic center in Israel,” the President’s Residence said in a statement. “The ‘Peace Campus of Texas A&M in Nazareth’ will give out thousands of advanced degrees and will provide higher education to Jews and Arabs from Israel and the world; and it will be very effective in reducing the gaps that exist in higher education, while preserving co-existence in an atmosphere of academic research that meets international standards.”

According to Texas A&M University System Chancellor John Sharp the idea for a branch in Israel started with Perry, who ran unsuccessfully for the Republican presidential nomination in 2012.

“He’s a huge supporter of Israel, as am I, and we didn’t know exactly what the vision would be, but it became clearer when we started dealing with [Education Minister] Shai Piron and Shimon Peres, who wanted it to be not just a university, but a peace university, and that’s how it morphed into the agreement that we have now,” Sharp told The Times of Israel this week in a telephone interview from Texas.

Texas A&F staff will be teaching the classes in English.

University officials asserted this week that the Nazareth center will conform to all the rules and regulations of Israel’s Council for Higher Education. All course offerings and tuition rates will also be approved by Israel. The school will be paid for with private money which Texas A&M has committed to raise independently, with Perry’s help.

“Last year, our university in Texas raised privately $760 million; we have a good apparatus for that and we think we will be able to raise money to build a first-class university in Nazareth,” Sharp told TOI.

According to Peres’s office, Texas A&M has committed to raising $70 million for the construction of the new campus, and to the creation of an educational fund worth “millions of shekels” to finance the school’s activities. Before construction can start, though, the money for the project has to raised, Sharp said.

As to what exactly a “peace university” means, Sharp said, “Well, it’s a university where, for instance, the faculty would be half-Jewish perhaps, half Arab.”

“The student body would be diverse, as well. All different people from all over Israel would not only study to get a degree but would become more familiar with each other and foster understanding… A university not just to grant first-class degrees — which we will — but a university that also serves another purpose in uniting people to a more common understanding.”