Israeli and Italian Libraries To Collaborate To Digitize Jewish Texts 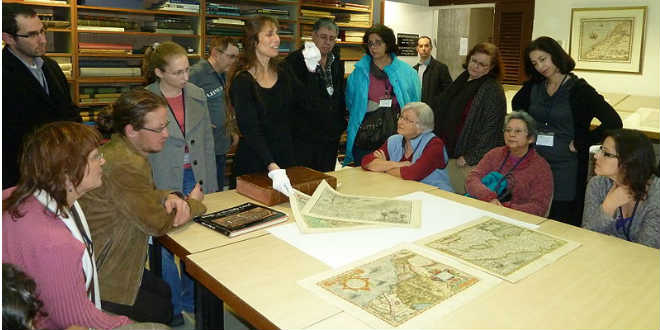 The grass withereth, the flower fadeth; but the word of our God shall stand for ever. (Isaiah 40:8)

Israel’s National Library, located on the campus of Hebrew University in Jerusalem, reached an agreement last week to produce high-definition images of one of the world’s premier collections of Judaic manuscripts, according to The Times of Israel. The deal, struck with Italy’s Biblioteca Palatina in Parma had both parties agreeing to convert centuries of parchment and paper Hebrew documents to high-quality digital files which will be available to Israeli scholars. A selection of those files will be uploaded to the Internet for general access.

Dr. Aviad Stollman, head of the National Library’s Judaica collection and overseer of the digitization project, said the library’s aim was to have “the heritage of the Jewish people in one room.” Speaking at the library in early October, Stollman praised the Palatina’s cooperation in the project, and said that the National Library was negotiating similar agreements with Oxford’s Bodleian Library and the Vatican Library.

Sabina Magrini, director of the Palatina Library, explained in a Skype conversation with The Times this week that its collection was significant not only because of the size of its Hebrew manuscript collection, but because it was “very rich and various,” with materials fromboth the Ashkenazi and Sephardi worlds from the 13th to 18th centuries.

Of the Palatina’s collection of 6,600 manuscripts, just shy of a quarter are Hebrew texts, the crown jewel of which is an 11th-century codex of the Mishna, Judaism’s core legal treatise. The Mishna, a compiled redaction of Jewish oral tradition, was first set to parchment in the 7th or 8th century CE. Written around 1073 in Palestine, the Parma codex is the second-oldest known version of this compendium of Jewish legal thought.

The founder of the Hebrew manuscript collection, Giovanni Bernardo De Rossi, an 18th-century Italian Christian Hebraist, “was very interested in the Bible,” said Magrini. “Consequently his interest is reflected in his collection, so there are lots of Bibles, lots of manuscripts about biblical texts.” Five hundred or so of the 1,600 Hebrew manuscripts are biblical, but the remainder are a varied assemblage of biblical exegesis, halacha, Kabbalah, Talmudic texts, piyyutim [liturgical songs], prayerbooks, philosophy and astronomy.

Israel’s desire to amass all of the Jewish texts in one place began with its first prime minister David Ben Gurion. Just like the founding of Israel aimed to ingather scattered Jewish communities, Ben-Gurion envisioned an ingathering of Jewish textual exiles in a single institution. “It is incumbent upon the State of Israel to gather in these far-flung [documents] — the far-flung spirit of Israel in the Diaspora,” Israel’s first prime minister wrote to Kaplan on March 5, 1950.

“I don’t envision the possibility of obtaining and concentrating original manuscripts in Israel,” Ben-Gurion wrote, “but sophisticated photographs by new techniques do not fall short in their practical value from the manuscripts themselves, and that is what we must do immediately, without delay, and with every effort.”