Former Lone Soldiers Give Advice to their “Successors”

Home » Former Lone Soldiers Give Advice to their “Successors” 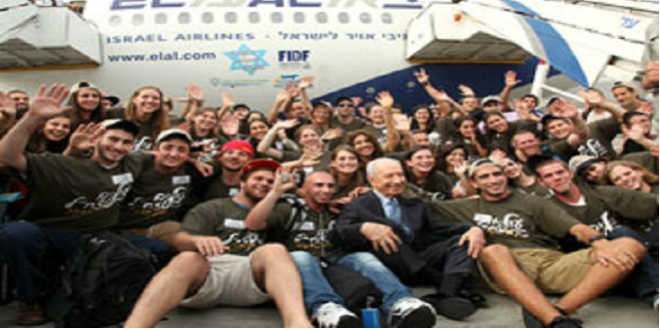 The US-based Friends of the Israel Defense Forces (FIDF) held a three-day gathering for lone soldiers last week at Dror Beach, south of Haifa.  The term “lone soldier” refers to an Israeli soldier whose parents do not live in the country, which is generally the case for foreign volunteers or immigrants.  The guests of honor at the event were the three founders of the New Jersey chapter of FIDF, all of whom met one another when they served as lone soldiers in the Paratrooper Brigade in the 1970s.

The founders of the New Jersey FIDF branch are Mike Gross from England, Avi Oren from Israel, and Sammy Bar-Or who immigrated alone at the age of 13. The three shared a tent during field training and bonded over the similar challenges each had with being a lone soldier.  “To be a lone soldier, at least back then, you needed to have the attitude: You come for three years and it doesn’t matter what you go through, it’s no big deal,” Gross told the Jerusalem Post. “Today they take care of lone soldiers much more.”

Although they separated from one another after their service, they reconnected fifteen years later in New York where they decided to start an initiative that would support the lone soldiers currently serving in the IDF.

“Back then, Mike was already doing a lot of charity and things for soldiers at the time,” Bar-Or said. “He used to bring things for them from England.

“Then in 2003, I visited the unit again with Mike, and I saw that there are still soldiers who still don’t have a place to sleep, or enough food to eat for Shabbat,” he recalled. “I remember how hard it was for me to come back to my tiny room and do the washing, cooking, cleaning.”

They began raising funds and organizing annual tribute days for the soldiers.

Bar-Or explains the significant impact of their efforts: “It’s not just for them to have a good time and do some fun stuff.  They also interact with each other, and it helps them realize that it’s not just their problem.”

Gross agrees.  “This event is amazing, not just because it’s so beautiful, but because it’s so massive,” he added. “We bring thousands of soldiers from the borders, they get to meet friends who they never have time to see, and they have a great time here.”

The event was designed to express gratitude to the 3,000 lone soldiers serving in Israel’s armed forces.  It included ball games, marine sports, massages as well as even appearances from several army officials.

Bar-Or and Gross are also grateful for the opportunity to work with Oren.  “We met 40 years ago, its amazing,” Gross said. “You can’t do this kind of thing without commitment, and these guys are special guys.”

According to Bar-Or, they will continue to work for the benefit of lone soldiers.  The next step is to create a follow-up program.  “Now we want to create something for after the service, because when you finish the army, you return everything and then you really are alone,” he said.

Gross also offered his advice for lone soldiers today:  “Take it seriously, enjoy your time, and don’t be scared to ask help if you need it.”